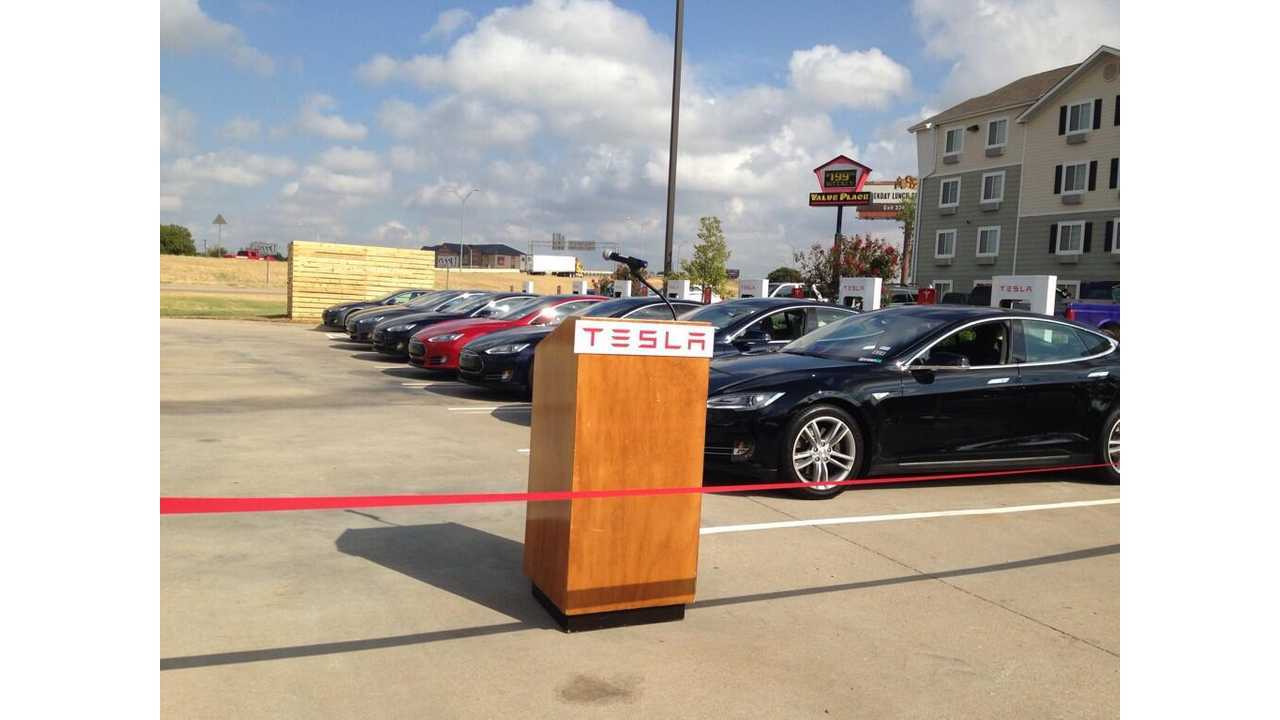 "We're about to open our 26th Supercharger in Waco. Owners can now travel free between Dallas, Austin & San Antonio."

We should immediately point out that Tesla is including the 6 Superchargers in Norway in the statement above, so there's actually only 20 operational in the US as of right now.

Tesla plans to have 28 Superchargers in action by the time Summer 2013 comes to an end (September 21), so only two more need to come online by September 21 for this remarkable goal to be met.

Tesla adds this statement in:

"In August we met our goal of tripling our Superchargers this summer. This month we're opening more stations in TX, IL & the North East."