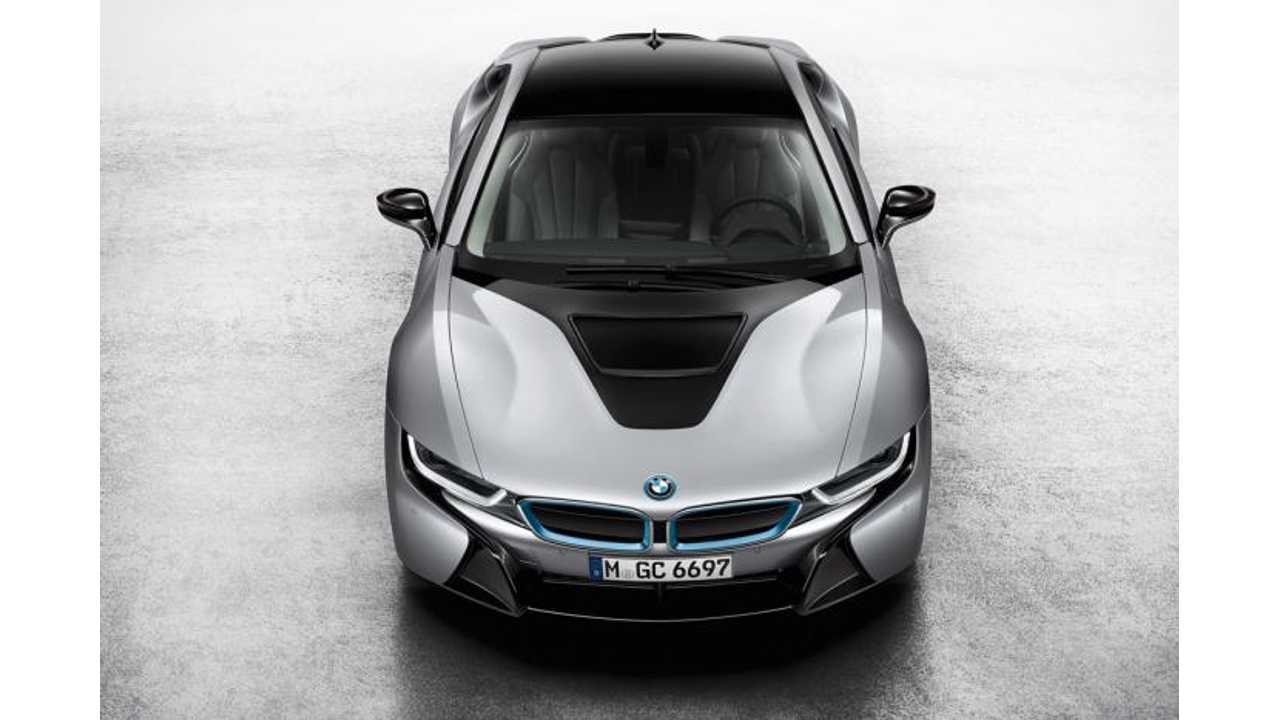 BMW Debuts The i8 In Frankfurt

Finally, this morning, from the floor of the IAA (Frankfurt Motor Show), we got our first real look at the BMW i8 in all its glory - gone is the blue and white camouflage that haunted us (and spy photographers) of the past two years.

"Today at the 2013 Frankfurt Motor Show, BMW unveiled on of the most widely anticipated cars in its history – the BMW i8. On most levels, this plug-in hybrid 2+2 sports car is unlike any car ever introduced. It is was also announced that the BMW i8 will have a manufacturer’s suggest retail price of $135,925 (including destination and handling) when it arrives in US showrooms in spring of 2014."

The BMW i8 is powered by a 231 hp/236 lb-ft engine (BMW TwinPower Turbo) via a rear wheel six-speed automatic gearbox.

The electric motor has an output of 131 hp with 184 lb-ft of torque and delivers power through a two-stage auto transmission.

The combination of BMW TwinPower Turbo and electric drive puts out puts out a maximum 362 hp and 420 lb-ft, which allows the i8 to travel from 0 to 62 mph in around 4.4 seconds.  BMW also notes it will get 94 mpg US(based on EU fuel consumption of 2.5 liters per 100 km rating) although the car has yet to be vetted by the EPA.

The i8's battery has a usable capacity of 5 kWh (liquid cooled) that is mounted between the seats and allows the car to travel up to 22 miles (NEDC) according to the company.  Top speed in EV mode is 75 mph.

The i8 has three driving modes - according to BMW: