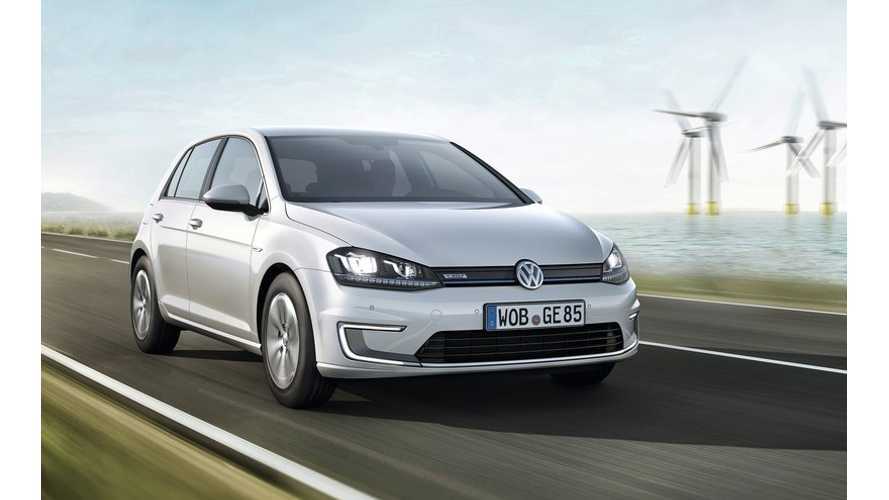 The five-door hatchback features a 24.2-kWh lithium-ion battery pack, which VW claims will provide the e-Golf with up to 118 miles of range (NEDC) or around 80 miles in the real world according to our estimates.

VW says that the e-Golf is an in-house design and that all of the critical electric bits, including the motor and battery pack, will be built at its Kassel components factory in Germany.

Some additional specs for the e-Golf include the following: