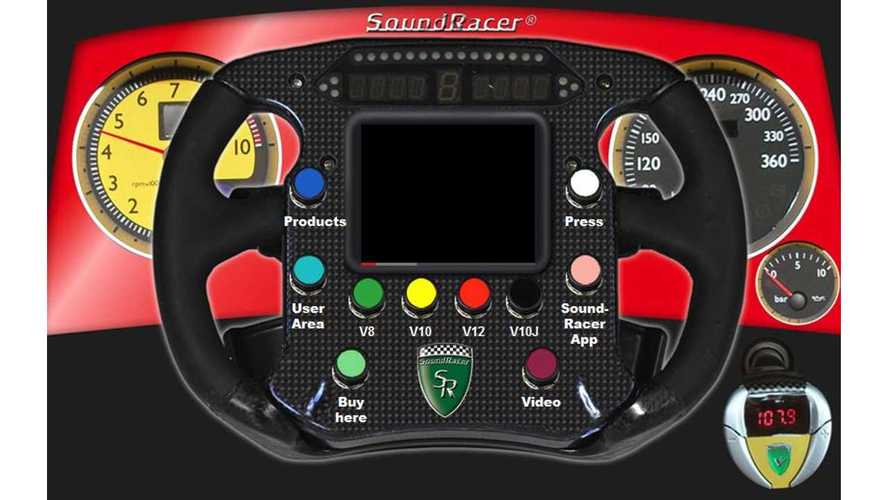 And we wholeheartedly disagree.

But to each his or her own, so here's what SoundRacer thinks electric vehicle buyers want.

SoundRacer says that looming legislation around the world will require that electric vehicles emit a noise at low speed (aka pedestrian alert system).

Rather than having this be a beep or a chirp, SoundRacer says that EV drivers might appreciate a rumbling engine sound, like that of a V12 Ferrari of Mustang V8.

Swedish firm SoundRacer recently presented its "engine sound" product at the IFA 2013 trade show in Berlin, Germany and now it's ready to show off the technology to the rest of the world.

SoundRacer says this of its technology:

"The SoundRacer technology is developed to give a realistic sound impression indicating if the vehicle is idling, accelerating, decelerating or cruising. The different sound characters and sound volume is determined from information about the actual speed of the vehicle."

"SoundRacer is to our knowledge the only developer of EValert sound systems that use real engine sounds. After studying everal reports we are convinced that real engine sounds will be less disturbing and have better alerting effect than other sounds."

"We targets two different applications with the products: 1. Acoustic Vehicle Alerting System, AVAS, to make electric vehicles meet coming legislations, and 2. Increased driving experience to make electric vehicles more popular among customer groups that appreciate real engine sounds. And our new version lets the driver select a new engine sound in a few seconds, drive to the sound of a Ferrari V12 and then change to a mustangV8 with the press of a button."

Check out the video and then let us know if you're into these "real engine sounds" for EVs.