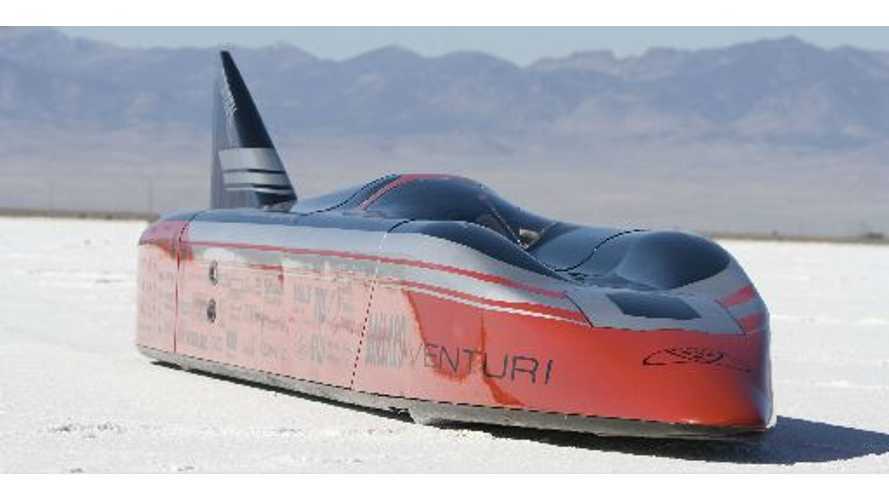 As all of us here at InsideEVs are well aware of, electric vehicles can be amazingly quick.

Apparently, there are 3,000 horses tucked in this EV.

We know that it's a plug-in hybrid (Porsche 918 Spyder) that holds the Nurbugring lap record and we've seen countless video of a Tesla Model S smoking all sorts of ICE competition, as well as it setting the 1/4-mile production electric record.

But the world at large seems unaware of just how speedy electric can be.

That will change soon, especially with the highly publicized electric racing series, Formula E, set to hit TVs around the world in 2014.

Is there more in store for electric vehicles in terms of outright performance and speed?  Or is equaling the ICE competition the most that we can hope for?

Speaking at the 246th National Meeting & Exposition of the American Chemical Society, electric vehicle pioneer John E. Waters stated that electrics inherent advantages of ICE and that it's likely the time will soon come when ICE is trying to catch electrics on the track:

"Experimental electric cars already have achieved sustained speeds of more than 180 miles per hour, and established world speed records above 300 mph.  Electric cars have inherent advantages in efficiency and torque over gasoline-powered vehicles. Energy storage-to-torque on an EV platform is above 90 percent efficient, compared to less than 35 percent for internal combustion engines. I have no doubt that battery-powered race cars will be attracting race fans in the immediate future."

Those inherent advantages most likely will someday mean that electrics will dominate the racing scene.  But is the world at large ready for EV racing domination?