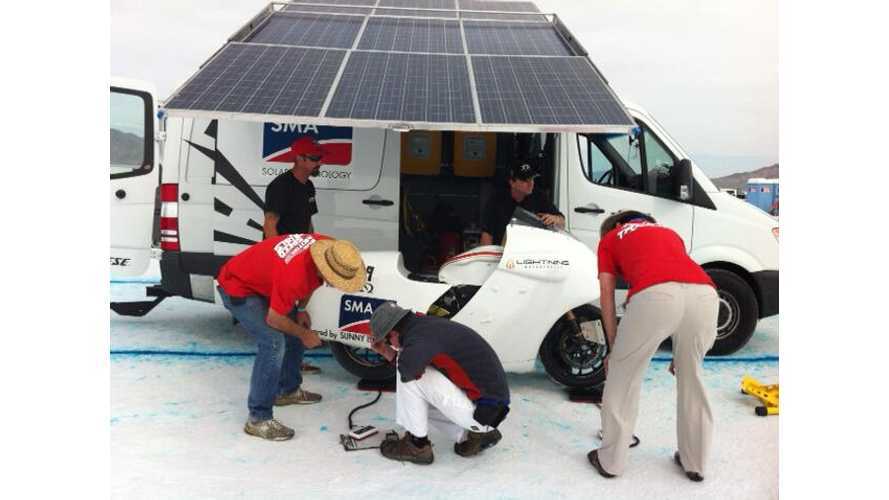 At the end of August, Lightning Motorcycles set a new AMA/FIM world speed record for electric motorcycles at over 203 mph.

This is not as high as the 215.96 mph set two years ago at the Speed Week SCTA event at Bonneville, but still faster than the AMA/FIM results set by Chip Yates's SWIGZ.COM Pro Racing, which were under 200 mph.

The electric motorcycle from Lightning Motorcycles that won at this year's Pikes Peak International Hill Climb had a chance to set a higher record than 215.960 mph, but the late August world record-setting event was stopped short due to a rainstorm.