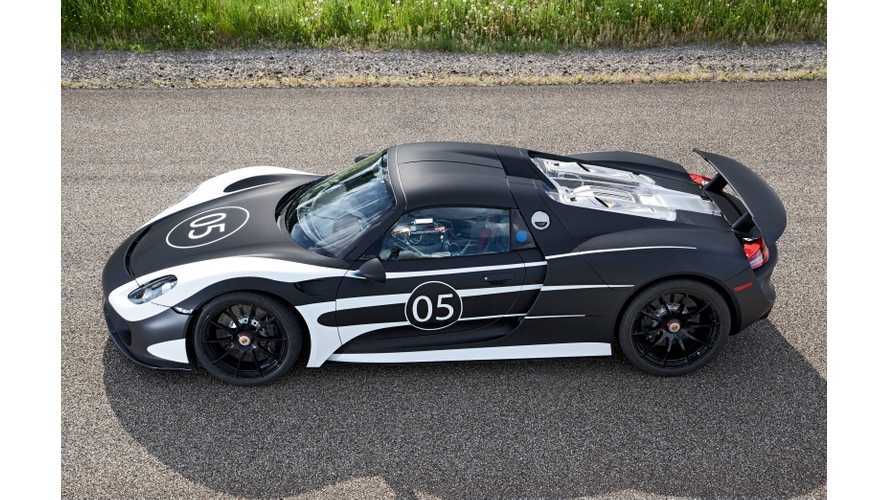 A 2+2 version of the plug-in hybrid Porsche 918 would surely make it accessible to more buyers.

Porsche seems to agree with us here and is therefore considering added a 2+2 coupe to the 918 lineup.

According to Autocar, Porsche is considering making a 2+2 coupe based on the 918 Spyder sometime this decade.

"A full-size styling model of the 2+2 coupé, known internally as 984, has already been created."

"It uses a stretched version of the 918’s carbonfibre tub, and adds two small rear doors and two small rear seats. The 984 keeps the 918’s mid-mounted V8 but does away with its hybrid components."

But if the 981 coupe launches later this decade (5 to 6 years from now), do you really think it'll come minus the plug-in hybrid gear?  We doubt it.  Plug-ins are the future and there's no way Porsche will back-track on this one.

As always, when it comes to the Porsche 918, we can't stop ourselves from adding this spec sheet, which shows how out-of-this-world the plug-in Porsche truly is: