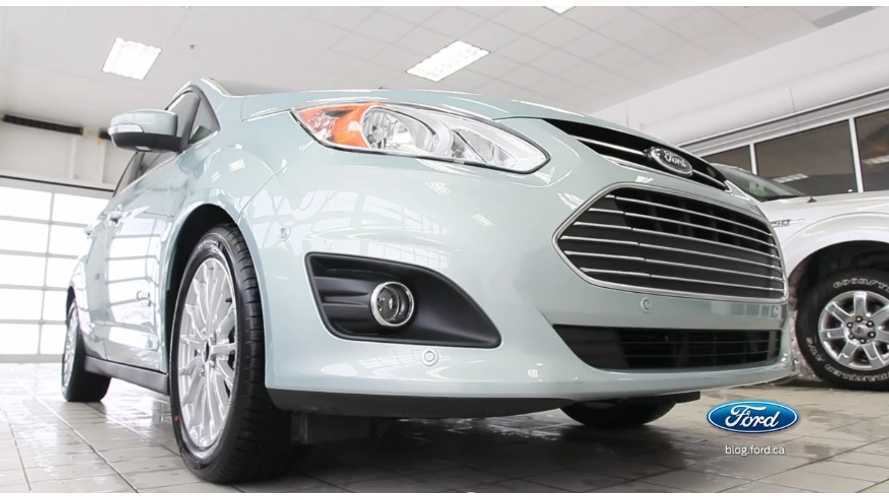 Ford C-Max Energi Comes To Europe In 2014...And Refreshingly Range Is Not Over-Estimated

For those in Europe who love Ford products, but can't make due with the 76 mile (EPA) all-electric Focus, Ford has an answer for you.

Coming in 2014, the C-Max Energi (which went on sale in the US last October) will come to Europe and feature the same 21 miles (EPA) of electric range it does stateside with a onboard petrol engine for those longer trips.

Of course in Europe the EPA system of defining range is not used; instead the NEDC system is in play,  which means the Focus Electric is rated at a very optimistic 162 km (101 miles).

Interestingly though, Ford has stuck with US numbers in announcing the C-Max for Europe, maybe even underselling the product in stating an electric range of up to 30 km...which is 18.5 miles.  /refreshing

“Ford is leveraging our global experience and expertise to roll-out a range of electrified vehicles that offers a wide and compelling power of choice,” said Barb Samardzich, vice president, Product Development, Ford of Europe. “European customers care deeply about the environment and are increasingly seeing electrified vehicles as a way of balancing those concerns with a commitment to car ownership.”

And Yes, The C-Max Trunk Is Just As Invaded By The Vehicle's 7.6 kWh Battery As In The US

As part of the announcement of new offerings for Europe, Ford also noted the arrive of the Mondeo Hybrid (think renamed Fusion Hybrid), and lumped it in as a third electric car choice for the region - but without a plug, we aren't buying.

No pricing has yet been announced on the C-Max Energi for Europe.

Interestingly, Ford also sponsored a poll of 6,000 people that "shows most Europeans are concerned about the environment and believe the biggest problem facing the world today is climate change."

Here are the other results of that survey: