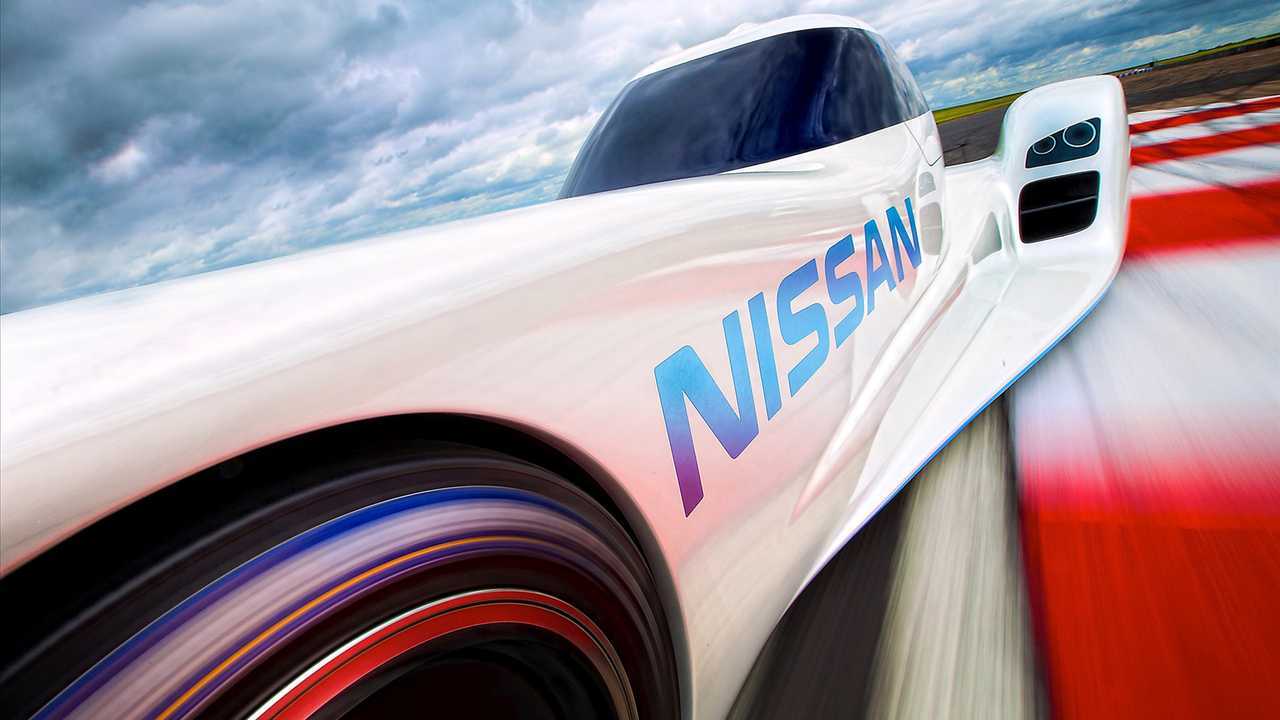 Nissan's revolutionary ZEOD RC race will be seen by the public in action for the first time ever when it makes its public on-track debut at this year’s Fuji Speedway round of the FIA World Endurance Championship.

The ZEOD will perform some demo runs in pure electric mode during the event, which takes place October 18, 19 and 20.

The ZEOD RC is scheduled to make it race debut at next year’s Le Mans 24 Hour.

Nissan is still not set on a single powertrain for the ZEOD, so it'll trial several options prior to the Le Mans race.  The first option, pure electric, will be trialed at Fuji Speedway by two-time Japanese SUPER GT champion Michael Krumm.  Krumm was one of the Nissan DeltaWing drivers.

Here's what Krumm says of his opportunity to pilot ZEOD:

I’m totally thrilled at the opportunity to drive the Nissan ZEOD RC at Fuji."

"Last year’s WEC round at Fuji was a great success and I am sure this year will be even bigger. Giving the fans in Japan the chance to see the Nissan ZEOD RC run for the first time will be fantastic."

"It is certainly going to be a very unique experience to go that fast with electric power – especially since Fuji’s main straight is nearly a mile long."

"Fuji Speedway is such an historic venue – it’s actually pretty fitting that the ZEOD RC will have its first public runs here because this car certainly has the opportunity to change motorsport history."

"We’re only doing a demonstration run but I’m really looking forward to seeing what kind of top speed we’ll see on the straight."

"One of our goals with the Nissan ZEOD RC is to draw back the curtain for fans so they can see what goes on behind the scenes in the development of such a unique race car."

"As part of that philosophy, we thought it would be quite fitting that rather than just test behind closed doors, we give the fans the chance to see the car in action."

"To be able to do that at such a great venue like Fuji Speedway only 90 minutes away from the home of Nismo in Yokohama was too good to pass up."

"We’ll be on track with many of the cars from the WEC at Le Mans next year so our demonstration runs will also give us some initial comparison data as well."