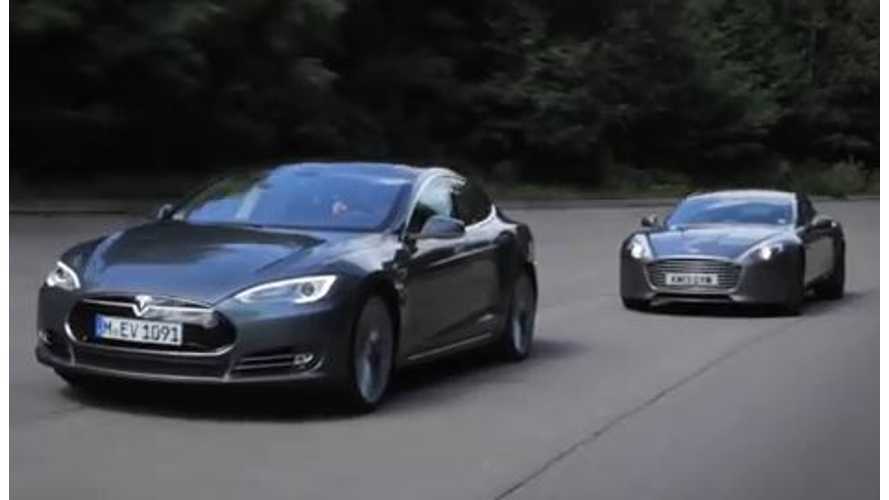 "The Tesla Model S is a landmark car, but is it better than the mighty Aston Martin Rapid S? We take to the test track to find out."

Autocar continues with this:"

The Tesla Model S is the future...today. It offers most of the usability of the world's best luxury saloons, but with no tailpipe emissions and a fraction of the running costs. And it handles too. Really handles. But can it really be better than the £150,000 Aston Martin Rapide S? Steve Sutcliffe plugs in, turns on and tunes into what could just represent the future of luxury motoring."

Without spoiling the video, we'll simply say that the Model S still remains the vehicle to beat, despite the fact that the Rapide S was believed to be a worthy competitor.