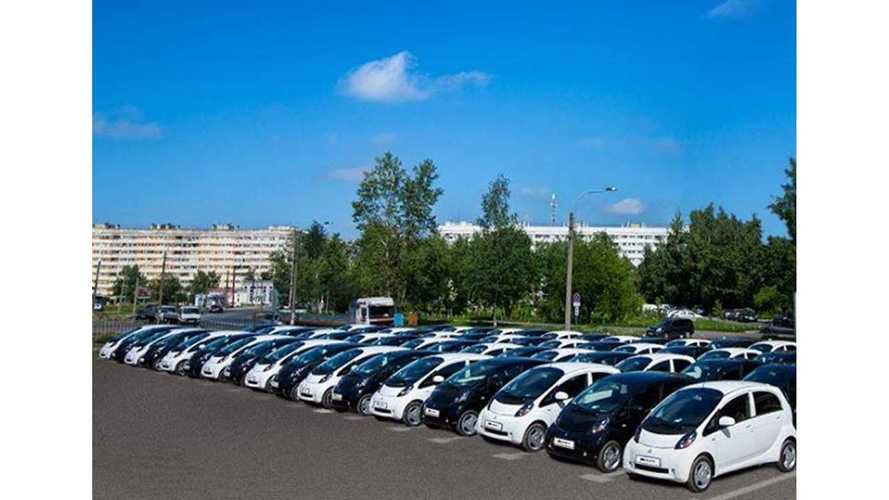 Mitsubishi Motors announced the delivery of 70 i-MiEV electric cars to the Russian Presidential Administration. The vehicles will be used for the G20 Leaders' Summit.

"Moscow, September 5, 2013 - Mitsubishi Motors Corporation's official distributor for Russia has delivered 70 units of the all-electric i-MiEV to the Presidential Administration of the Russian Federation. The zero-emission vehicles will be used as the official VIP transport vehicle for the Group of Twenty (G20) Leaders' Summit (September 5 & 6) and will serve as a method of transportation for top visitors of G20 delegations within the Konstantinovsky Palace, the venue for the talks in St. Petersburg, Russia."

Can you imagine all these top leaders, such as Presidents Obama and Putin, in i-MiEVs?

Russia isn't a big market for electric vehicles, so such an order will probably eclipse the nation's whole year EV sales result.

According to the press release, from 2011 through September 2013, only approximately 200 i-MiEVs have been sold in Russia.