Welcome Back Toyota: Prius Plug-In Sales Soar to Near Record Levels in August 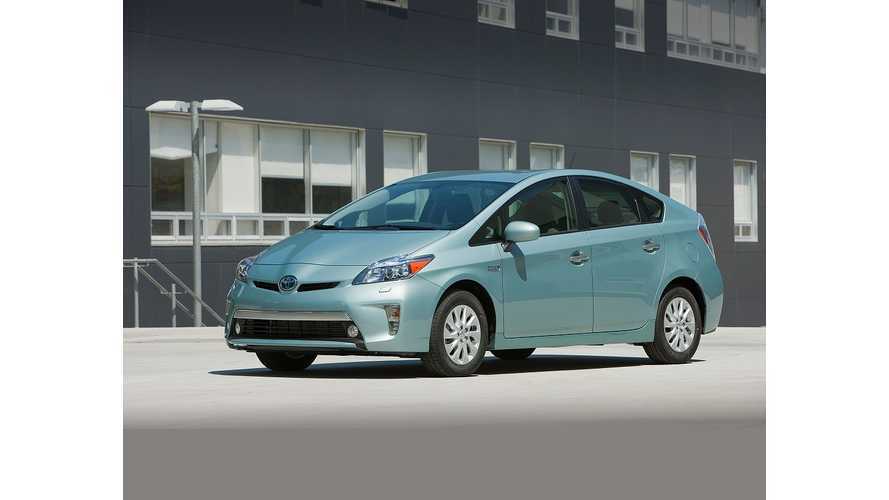 Unlike the all-time record for plug-in sales sold in a month set today with the Chevrolet Volt, or the personal best set by Nissan in August, we have to admit we did not see this coming.

Sales Certainly Seem to Have Been Recharged

Toyota sold 1,791 Prius plug-in hybrids in August; that is a little less than a hundred off their all-time high set last October, when 1,889 were sold.

However, it was the direction that Toyota had been trending recently that made this month's result so special - specifically, the direction had been down.

What was the reason for the increase?  It is hard to say.  Toyota did offer 60 month 0% financing, some deep discounts on 2013 inventory and a cash back program for buyers...but nothing to indicate this kind of improvement.  It seems like an extra thousand people just got up one morning and said, "Hey lets go buy a Toyota plug-in."

Separately the rest of the 'Prius Family' achieved some decent results as the standard hybrid version was up 17% and up 25% overall when factoring in the 65% increase in the plug-in version and the 54% bump in the smaller Prius C.

For August, the trio of the Prius PHV, Chevy Volt and Nissan LEAF alone outsold the entire plug-in group last month 7,592 to 6,742.