Volkswagen Ridiculously Claims e-Up! Will Directly Compete With BMW i3 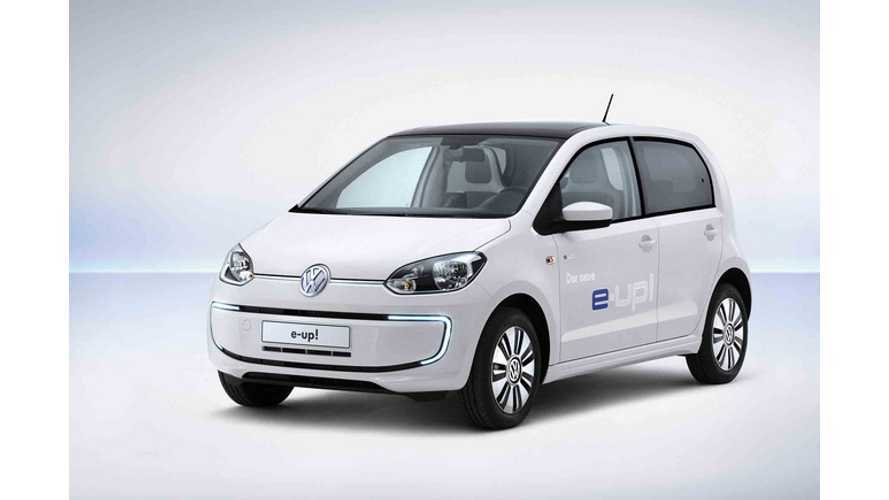 Oh boy! Volkswagen, what are you thinking?

BMW i3 if Far Too Zippy to be Considered an e-Up! Competitor...What is VW Smoking?

VW’s head of electric-powertrain technology, Rudolf Krebs, was quoted as saying this at a press conference in Germany:

"We deliberately positioned the electric Up! against the i3.  The time is ripe to introduce electric mobility on a large scale."

VW says that the e-Up! (you know, that overpriced and underperforming production electric from Volkswagen) will directly compete the technologically advanced BMW i3.

Admittedly, we could hardly believe it when we first encountered Krebs' quote and still the absurdness of VW's remark hasn't worn off.

So, the e-Up! and i3 will launch around the same time, but that's all they have in common.

First, the Up! in gas-burning trim is priced from €9,890 in France, which means electric version of the Up! is based on one of the cheapest vehicles around, yet somehow its price soars to €26,900 when electrified.

Meanwhile, the i3 has no conventional vehicle upon which it is based.  It features carbon fiber galore, aluminum and all sorts of high-tech gadgetry that's lacking in the e-Up!

It's of our opinion that you'd have to be clueless to cross-shop the two vehicles, but what do we know.

Here are some specs so that you can decided for yourself if the e-Up! competes (lol) with the i3.

There's Simply No Way the e-Up! Competes With This

BMW i3: Hey...lookie there...they're both electric and have 4 seats, therefore they must compete, right?  Or not...