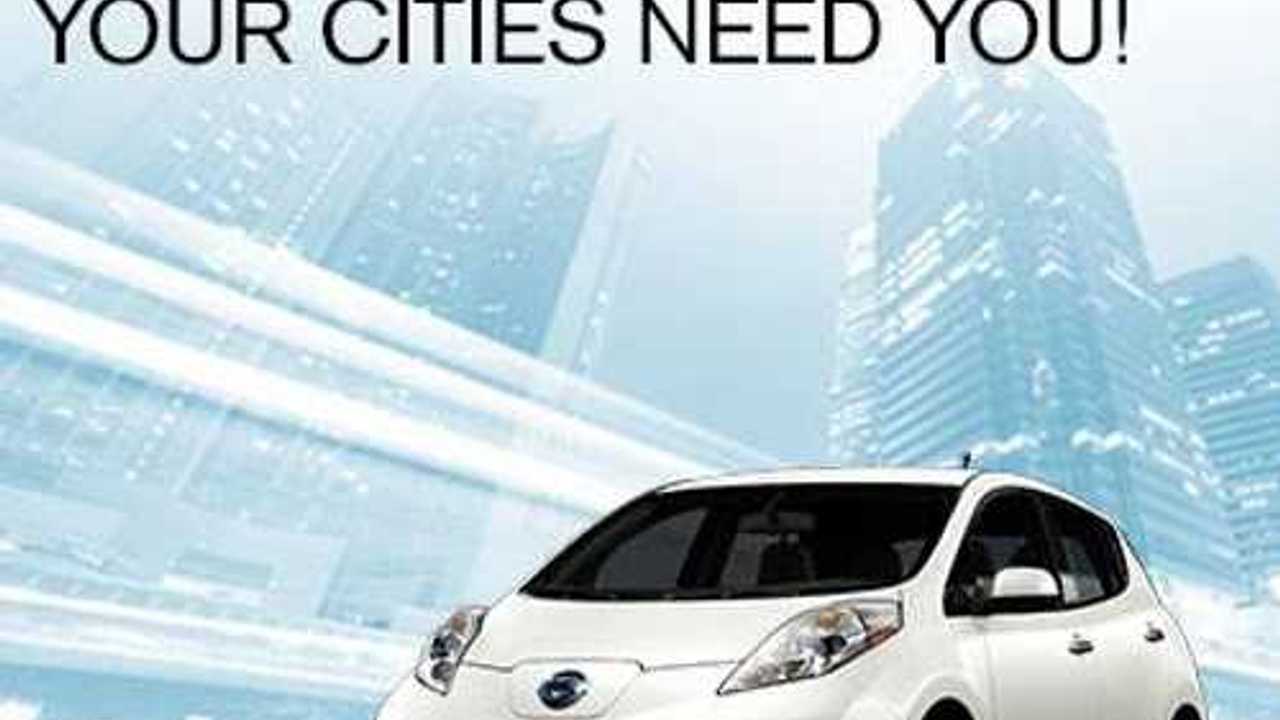 Over Labor Day Weekend, Nissan Ran This Image on its Facebook Page

Atlanta = Hotlanta for the Nissan LEAF.

It took some marketing efforts on behalf of Nissan, but Atlanta rose up to the occasion by surpassing San Francisco as the LEAF's #1 US market.

Yes...Atlanta is where the LEAF is the hottest right now.

Back in August, when Nissan posted its "Top 15" LEAF markets, Atlanta was in third with Los Angeles and San Francisco occupying the top 2 spots.

"Some of our new wave markets like Atlanta have come on so strong that it makes more sense to count Nissan LEAF days’ supply by the hour—Atlanta has about a 120-hour supply right now.  The LEAF turn-rate is amazing. We look forward to ramping up production later this fall as we see LEAF demand continue to increase."

Throw those days of supply out the window.  The LEAF is gone in hours now.

"Atlanta became the No. 1 market for Leaf, marking the first time an area outside the West Coast has landed that title."

Atlanta has long supported plug-in vehicles, so it should not be too surprising that it's in the #1 spot.  Add in that California has tons plug-in choices that dilute LEAF sales there and you'll begin to see why the LEAF couldn't forever remain the best selling EV in all of those California cities.  The competition in California is fierce.  In Atlanta, not so much.