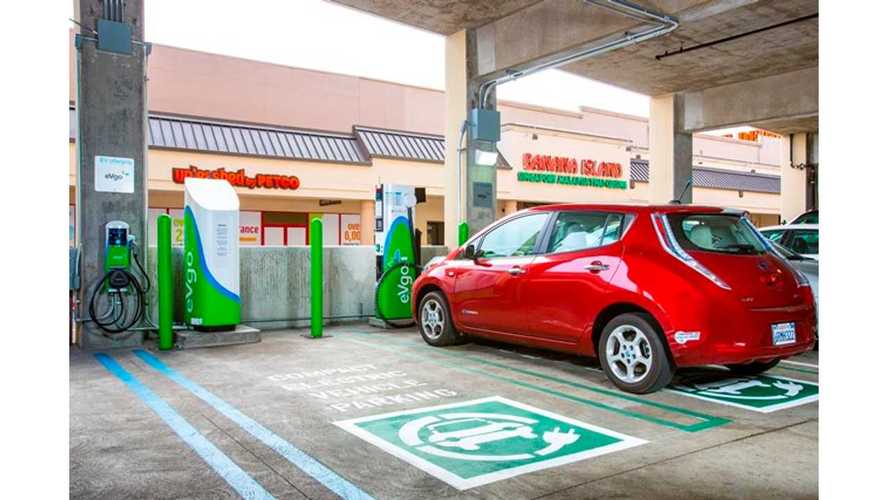 eVgo charging points typically consist of one DC fast charger with a CHAdeMO plug and one AC L2 with a J1772 plug.

In this case, the charging equipment suppliers are different from the Freedom Stations installed in Texas. Now, instead of AeroVironment, eVgo is using a ChargePoint L2 terminal and a Nissan fast charger. Not strange at all if we consider earlier cooperative agreements.

But don't worry about the standards. The site has been designed to easily incorporate a second DC Fast Charger, so at least they can add some dual plug versions next time:

David Jamieson, Kimco’s vice president of leasing and asset management, seems to be pleased to install the charging infrastructure:

"We’re thrilled to have our first NRG eVgo Freedom Station up and running at Westlake. Californians drive more than one-third of the electric vehicles in the country, so building a network of quick-charge stations at Kimco centers, which are easily accessible by commuters, is a valued amenity to our customers and retailers."