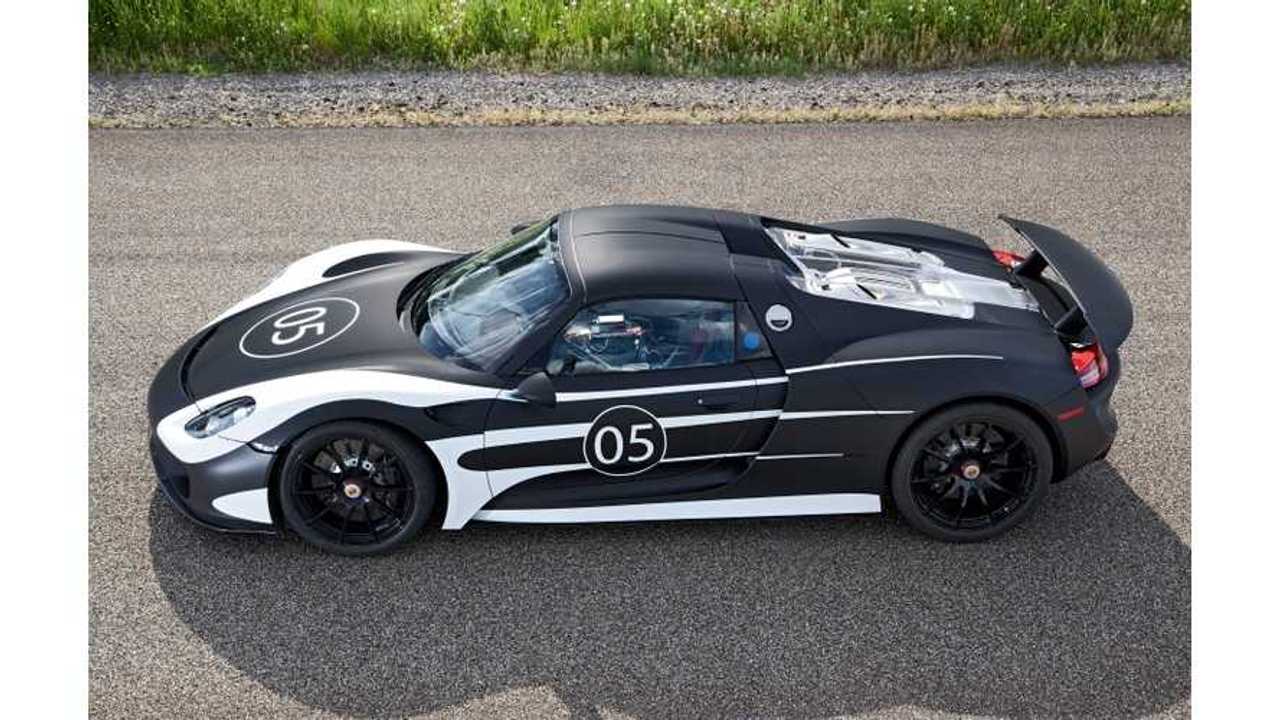 Who would have thought that Porsche would become Germany's first automaker with 2 production plug-in vehicles in its stable?

With the plug-in Panamera S E-Hybrid already on sale in Germany, the addition of the 918 Spyder will bring Porsche's plug-in vehicle count to 2.

Can any other German automaker make that same claim?

The 918 Spyder will make its worldwide debut at the upcoming 2013 Frankfurt Motor Show in about a week's time.  It'll go on sale immediately following its debut.

The Porsche 918 Spyder is quite possibly the world's most advanced plug-in hybrid.

It's the plug-in hybrid we lust for, but unfortunately it costs near $1 million, only seats 2 and lacks real luggage space.  Oh well...we're sure it's a blast to drive though.