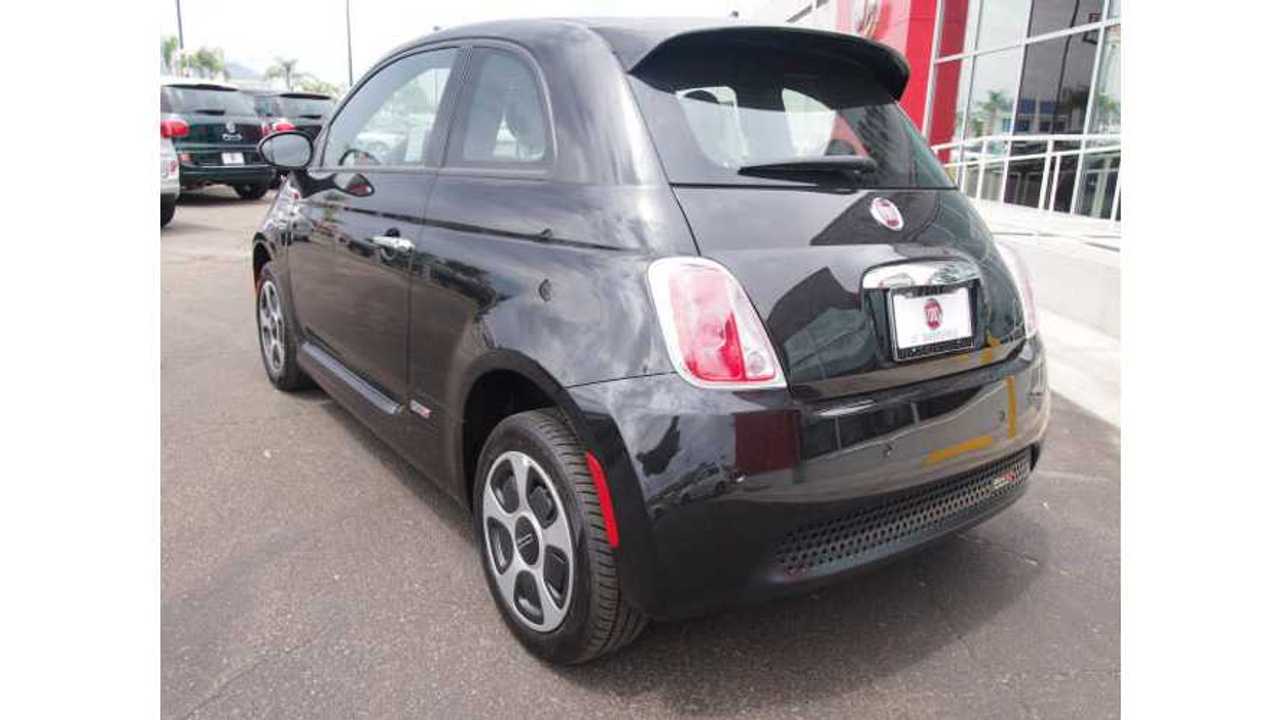 The Fiat 500e is probably the surprise offering of the year.

Especially so since it was given little fanfare by the company  when it was announced - if anything electric vehicles (or rather the business of electric vehicles) have been mostly disparaged by the CEO Sergio Marchionne.

In the same breath as the 500e was announced, the CEO felt it was also good time to say the company "will lose money on every car we make.”

“The economics of EVs simply don’t work. On the 500 that Chrysler will begin selling in the U.S. next year, we will lose over $10,000 per unit despite the retail price being three times higher (than the standard ICE)”

Yet out of that, the end offering was a capable, 87 mile, attractive looking electric compact coupe - offered a good price that filled a need.  Put another way, if you want a $199/month leased EV and don't want to be perceived as riding around in an entry-level gasser, or mid-size family hauler, this is probably your car.

However, the car is still from Fiat-Chrysler, so despite the industry's hunger for sales and production information on the vehicle, all we have received is an admission from the CEO that the car is being forced to market for compliance reasons.  Little else.

We recently asked Fiat if they would consider breaking out the 500e's sales results, and received a "meh, maybe later" (InsideEV's sarcastic paraphraser was on for that quote)

Despite Being Tight-Lipped About Production, It Appears Fiatsler Will Sell 491 500e (s) In America in 2013

However, only three and a half weeks after the car went on sale in mid-July, a fairly serious half shaft issue popped up on the 500e;  and through that event we learned the company had put out a partial recall on the car that involved the majority of 500e owners - about 270 were notified to return their cars for repairs (which meant bolts that secured the vehicles’ half shaft had to be replaced)

Turns out, some internal attempts at fixing the problem the first time were also not so great, and in a recent revised letter to the NHSTA (images of letter below), Chrysler's Product Investigations and Campaigns Senior Manager Kristin Kolodge expanded the recall to include the entire production run, which began December 16th, 2012 - and numbered 491 cars.

Currently the Fiat 500e is not in production at Fiat's assembly facility in Mexico.  So while we might not know exactly how many cars are sold each month, with Fiat saying the car is already a "sell-out," we can tell you how many will eventually be sold in 2013 - 491