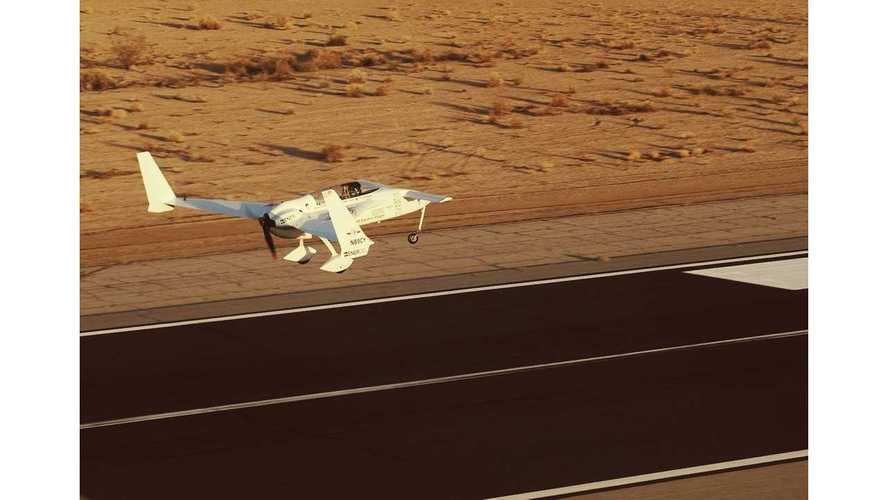 The Long-ESA with a new CAN controller, new EnerDel battery pack and new UQM Technologies motor, will take of again September 6-9 at Inyokern Airport with the aim of each day setting new records in different categories:

"Everything was perfect! The max throttle I used was 66%, and I could climb at 2000 feet per minute easily. The plane is flying great and is an absolute rocketship!"

"The plan is to attempt one record per day, to allow enough time for recharging, data acquisition, and re-runs of any faulty attempts. These  categories are new for electric airplanes and so there are currently no standing records in any of them – we need to be certain to finish each event cleanly and properly and will be able to claim the first records in history for these new FAI / NAA categories!"

Below you can find video from a previous attempt, which has this dramatic description:

"Chip Yates was in the middle of attempting five official FAI World Records in his electric airplane at 200 MPH and just 200 feet over the ground when a freak CAN bus network failure (not related to speed or power) occured, which killed his fly-by-wire system and forced an emergency landing. Chip immediately pulled back and gained altitude to help him glide and was lined up with a paved road but his safety chase pilot and Discovery Channel co-host, Zach Reeder saw from his vantage point that Chip could probably turn around and glide back to runway 10 at inyokern Airport."