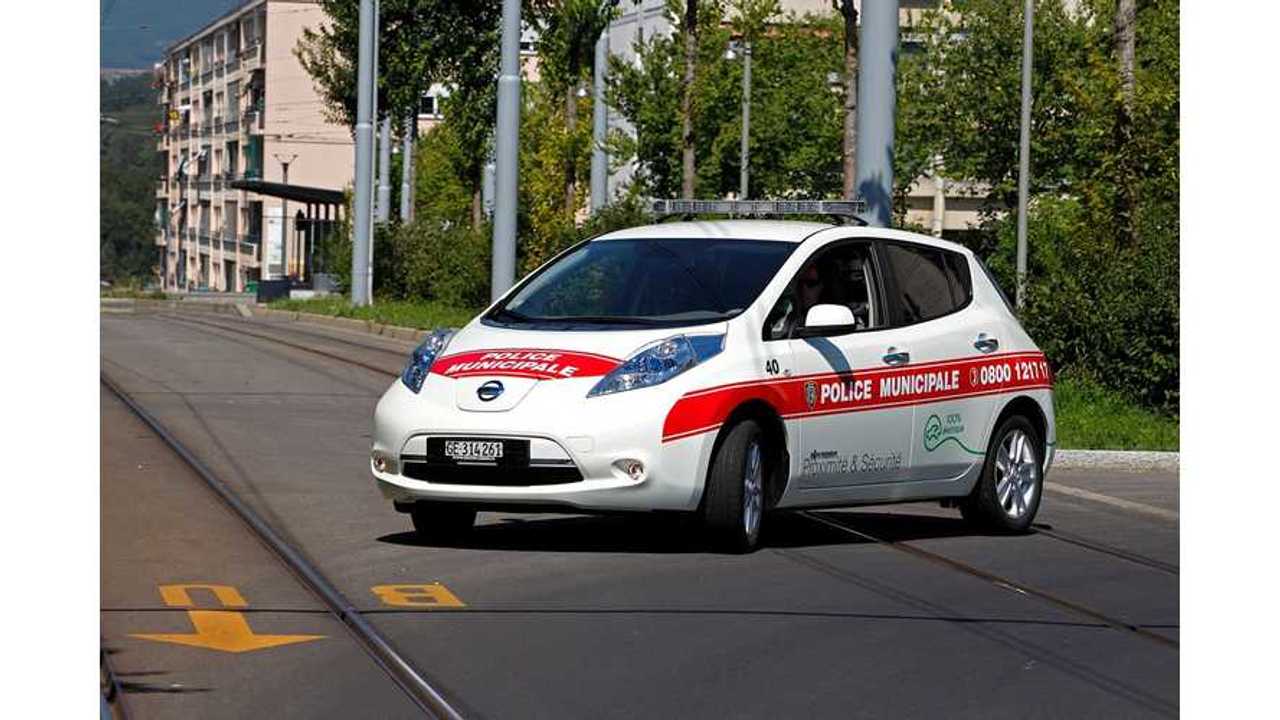 Switzerland is the latest country after Portugal, France and the UK where the Nissan LEAF can be seen as law enforcement, firefighter or medic vehicles.

In the UK cities of Birmingham and Coventry, a total of 30 LEAFs were incorporated into the police fleet.

In Switzerland, for now, it is only one LEAF that will be used by the Police Municipal in the town of Meyri, 10 km north of Geneva.

"The commune of Meyrin recently set a goal, as part of its political agenda, to reduce its carbon footprint. In support of this initiative we decided to incorporate electric vehicles into our patrol fleet, thus not only reducing our CO2 emissions, but equally our noise pollution. Their presence has created a discussion point in and around the community, raising awareness of the importance of zero emissions."

Jean-Pierre Diernaz, Nissan Director of Electric Vehicles for Europe is saying that the LEAF is well suited for such applications:

"Emergency first responders and law enforcement communities rely heavily on their vehicles. The fact that so many forces across Europe are choosing Nissan LEAF for urban-based community support roles shows how significant zero emissions and low running costs - fuel and maintenance - have become. As well as helping to save the environment, vastly reduced fuel bills mean a fleet of Nissan LEAFs can make a serious contribution to a bottom line, making budget savings that can be reinvested in supporting the communities in which they serve."