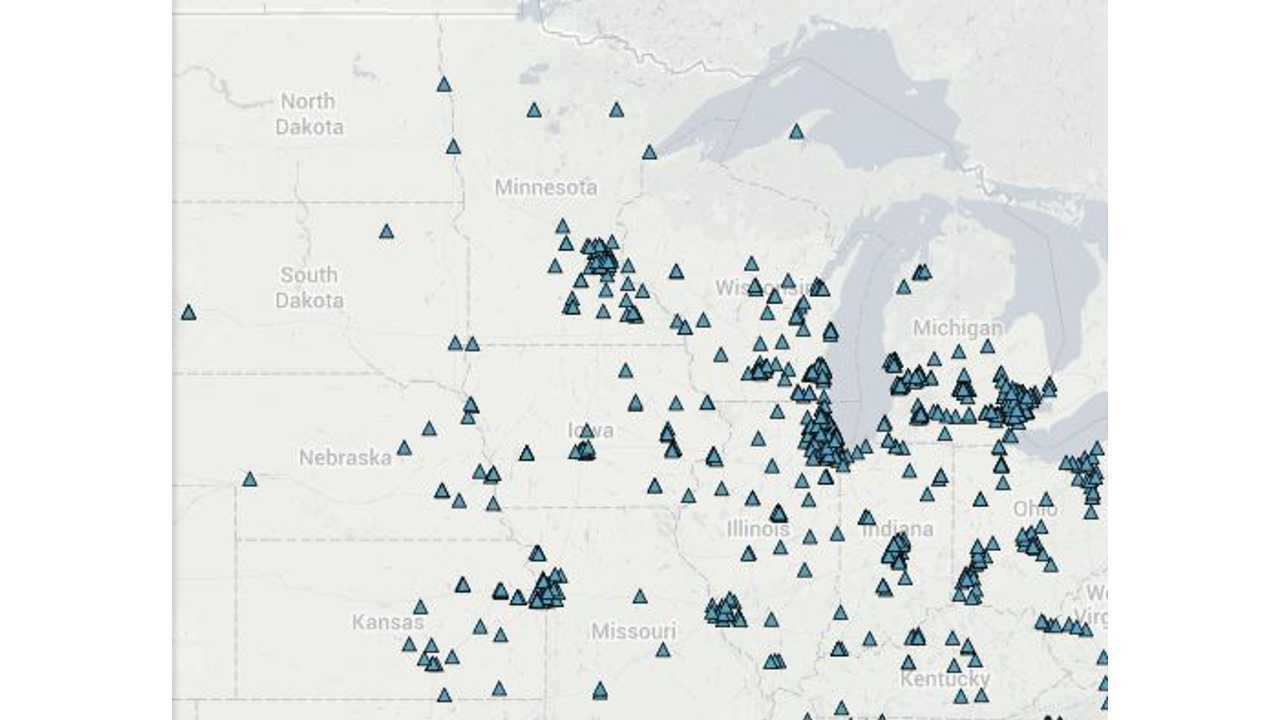 The US Department of Energy says there are approximately 6,416 public charging stations in the US.

The problem is that, of those 6,416, a large percentage can be found in one state (California: 1,387), which leaves parts of the nation with few chargers.

We think the Midwest is a prime example of the lack of evenly distributed chargers in the US.

Here's the public charger count rundown for the Midwest states:

As we see it, only 2 of those states have even a decent amount of charging stations.  The rest are below 100, which we see as inadequate.

Furthermore, most of the public chargers are located in and around major cities.  There's virtually no support for plug-in vehicles in outlying areas.  This surely restricts sales.

What we'd like to see is for charging stations to be evenly spaced across the country (sort of like how gas stations are).  Then, additional stations could be added in densely populated areas and parts of the country with a significant number of plug-ins.