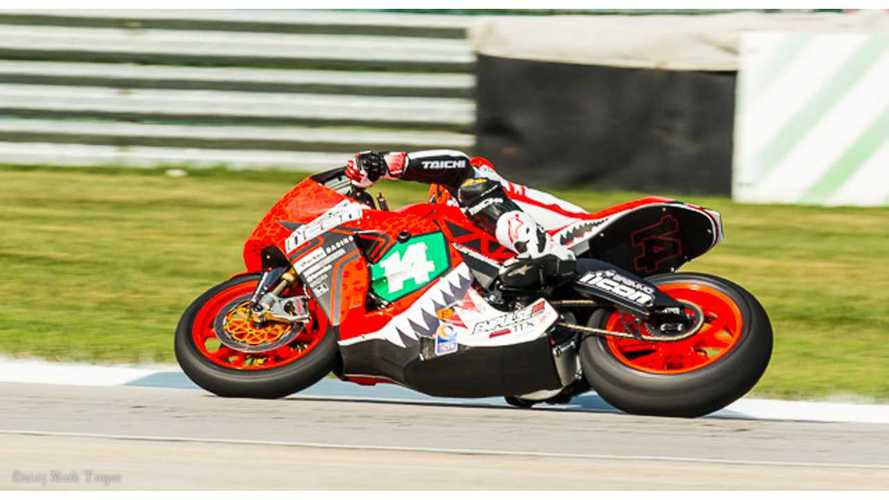 The second round of the FIM eRoadRacing championship series, held at Indianapolis Motor Speedway, is behind us and after a elimination of Miller Motorsports Park, we will not see any additional races from FIM/TTXGP this year in North America.

But at least we have some interesting interviews from Indianapolis. Before we move on, let's first see some real speed from Brammo.

Race winner Shane Turpin has seen big progress in electric motorcycles over the last few years and think it will be the future.

Eric Bostrom (winner of the previous round) appreciates the differences in electric motorcycles over gasoline.

Arthur Kowitz of AKR Brammo seems to be pleased and compares riding an Empulse TTX and gas motorbikes to using "a scalpel instead of a chainsaw."

The last video is interview with Kenyon Kluge on the new 2013 Zero S electric motorcycles that are highly improved and are performing quite well in eRoadRacing.