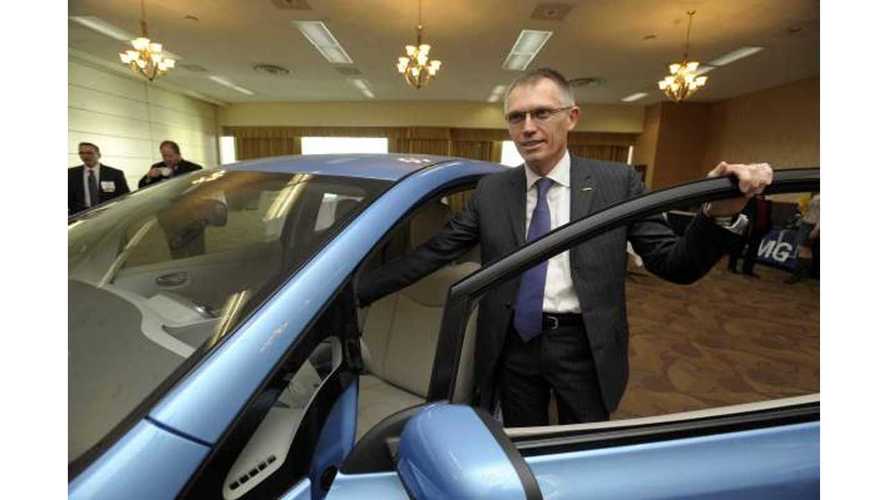 There is a handful of very powerful players behind the scenes of the electric vehicle movement.

The largest of which could be argued is Nissan-Renault CEO Carlos Ghosn.   Still in the 'top 10' of that list would be Ghosn's right hand man, the guy who actually runs things day-today at Renault - the company's COO Carlos Tavares.

The reason for his exodus is not quite clear, but it seems to be rather sudden, and the infamous "personal" reasons are being used by the French automaker as his reason for leaving - well that reason, and the fact that CEO Carlos Ghosn, who has little time to take over the reigns again at Renault, has been named as an interim replacement:

Like Tony Posawatz, who left GM (as the Volt line boss) for personal reasons only to re-surface days later as Fisker's new CEO  (that didn't go so well), we fully expect Mr. Tavares to also have a job lined up in his back pocket, as it has been no secret he has ambitions to run a major automaker himself sometime.

Mr. Tavares' exit from Renault may also mean a renewed commitment behind the scenes from current CEO Ghosn to stay on indefinitely as leader of the Renault-Nissan alliance...something he has been hesitant to do in the past.

Renault Press Release On Carlos Tavares Exit From The Company