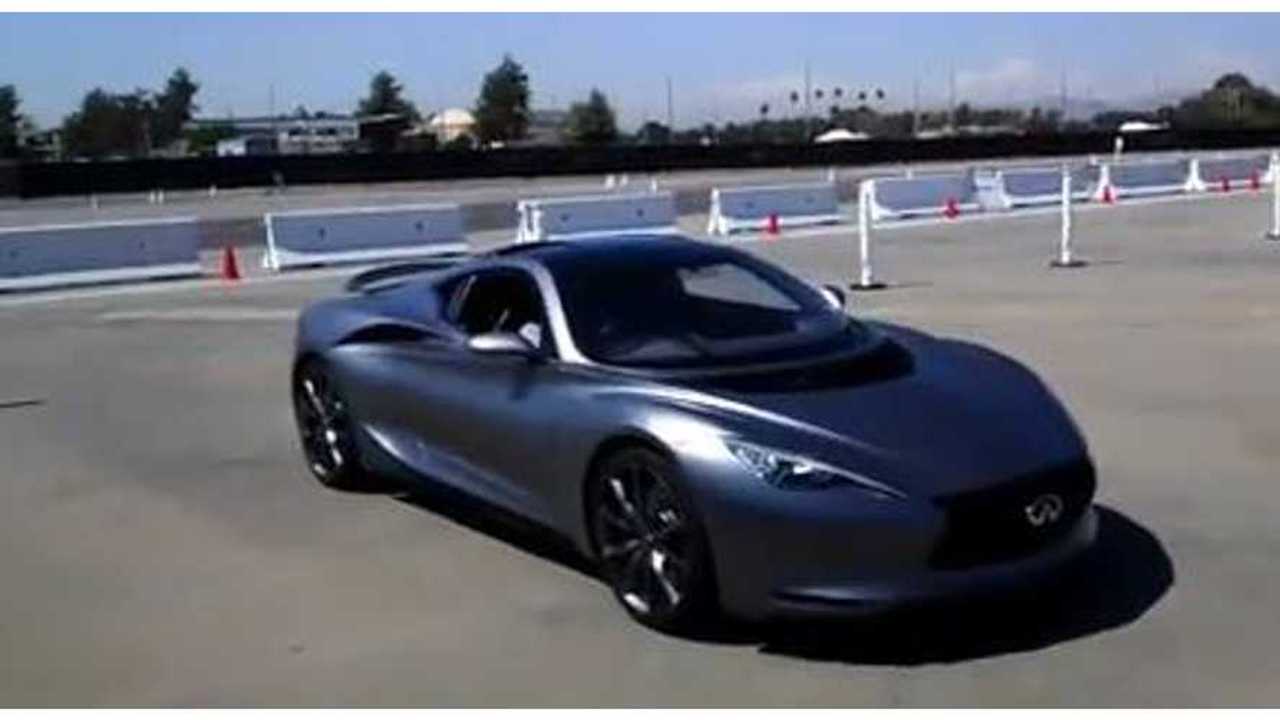 Though Infiniti insists it's purely a concept, the Emerg-E is still a visually stunning, high performance plug-in hybrid that we yearn for.

Perhaps the Emerg-E will make it to production someday and, if it does, we can only hope that its specs (as described below by Infiniti) stay intact:

"Infiniti Emerg-E is the ultimate expression of Infiniti's inspired performance. This 402bhp (300kW) mid-engined, twin motor, electric motors powered sports car is capable of accelerating from 0-60mph in just four seconds - and from zero to 130mph in a single, seamless 30 second burst. Yet it also operates as exciting, zero emission urban transport over a 30-mile range. And when the range-extender petrol engine functions in concert with its twin electric motors, it produces a CO2 output of only 55g/km (NEDC cycle)."

Sounds sweet to us.

Sure, it'll always be a niche vehicle and if would definitely be burdened by an astronomical price tag, but there'd be buyer lining up for it.  That's a guarantee.

Up 'til now, only a few people have driven the Emerg-E.  That changed when Nissan hosted its 360 event a couple weeks ago.

This here video is from Slashgear's time spent behind the wheel of Infiniti's radical plug-in.  The audio isn't top notch, but for most, it might well be the closest you'll ever get to the Emerg-E.