Electric Vehicle Popularity on the Rise in the Southern States 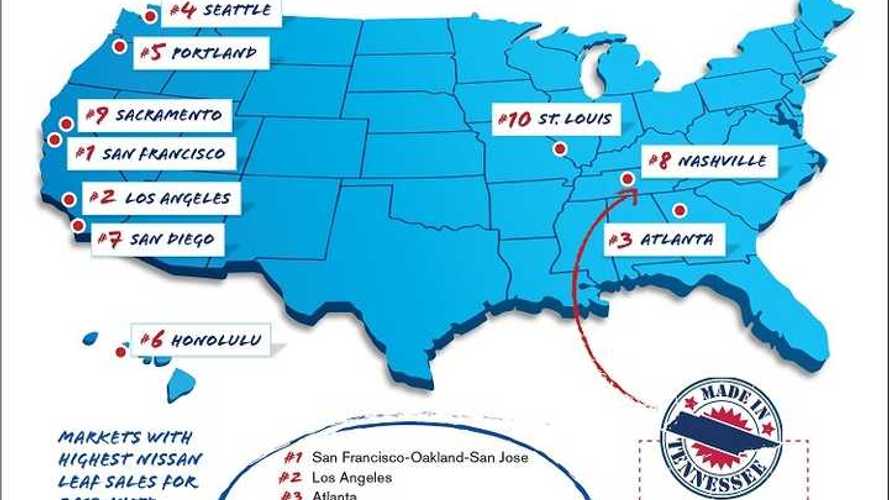 Of all of the heavily populated areas of the United States (West Coast, East Coast, Pacific Northwest, Midwest, South) only two (Midwest and South) have been slow on the uptake of plug-in vehicles.

Map of the "Southern" States

That's starting to change now as interest in plug-ins is rising in the South.  While you still won't see electric vehicles on every street corner down South (like you would in some cities in California), the rise in popularity is evident.

We've recently reported on how Texas is becoming on of the top EV markets in the US and, combined with this Top 15 chart from Nissan, we can see that the South is starting to firm up its support of plug ins.

Of the top 15 LEAF markets, up to 4 are in the South (depending on whether or not you include Missouri in the Southern grouping.)

While we don't expect to see this top 15 LEAF list change too dramatically in the near future, it's becoming increasingly evident to us that the South is now an EV hotbed.

The Midwest is joining in too, with sales of both the LEAF and Volt on the rise in several Midwest states (Volt in Michigan and LEAF in Chicago).

It seems that soon most of the US will be onboard in the push to go electric.  Sure, there will always be some areas of the country unsuitable for EVs (Montana, for example), but by in large, the US seems to be leaning towards an electric future that spans from coast to coast.