August Best Selling Month Ever For EVs; Chevy Volt To Be First Plug-In To Pass 3,000 Mark 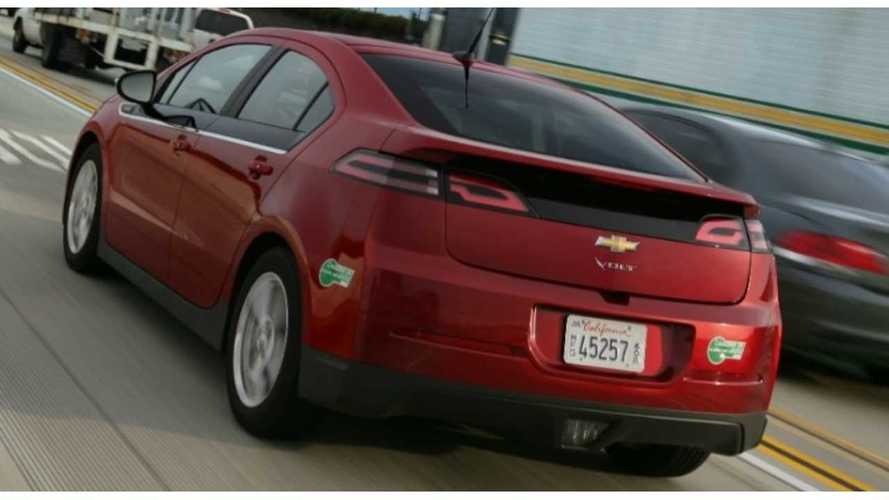 The high water mark for plug-in sales in the US is 8,559 vehicles, which was set this past December - give or take a hundred units (depending on the vagueries of how you break down monthly sales for the Tesla Model S in Q4 of 2012).

Whatever the exact number was for Decemeber, it is going to fall in August, as many of the major players are expected to put out some large numbers this month.

One of the expected leaders for August, will be the 2013 Nissan LEAF, a model that has been unexpectedly bottlenecked getting new production to the right dealers in the right configurations.

While Nissan sold a little more than 1,800 units last month (1,864), after putting up 2,225 the month prior, Brendan Jones, director of electric vehicle infrastructure strategy for Nissan North America, said that he expected the LEAF to shoot past the 2,000 benchmark once Nissan got on track - we figure August is likely to be that month, and a 1,000+ unit increase over December 2012 maybe en route.

However, the real story for August will be the Chevrolet Volt!

In Its First Month On Sale, The 2014 Chevrolet Volt Becomes The First Electric Vehicle In History To Sell More Than 3,000 Units In A Month

How many will they sell?  It is hard to say precisely (that info will come next Wednesday), but after selling a little under 1,788 in July, it will be more than 3,000 - the first such occasion to be celebrated by any electric vehicle in history.

Already the single month record holder, having sold 2,961 Volts in October of 2012, Mark Reuss, who is the boss of all things General Motors in North America said Tuesday that the Volt will set a new record in August, and given there is still days left on the selling calendar...it is probably going to be a very strong beat.

With Chevy and Nissan combining to sell near 6,000 EVs by themselves (with the upside potential to sell even more if the cards fall right) - and Tesla having produced more than 2,000 Model S sedans in August with about half going to US residents, the remaining 11 plug-in vehicles will only have to sell about 1,500 units at most to set the new monthly sales record.

So, it is not a question of will August be the best month ever...but by how much.  And that is good news for the industry overall.

UPDATE:  Reuss to LA Times:  "Well, we are having a great month. We will do about 3,300 Volt sales this month. Our previous best was 2,800."  It should also be noted 5 selling days were left in the month when that statement was made - so he is taking a stab at the number.