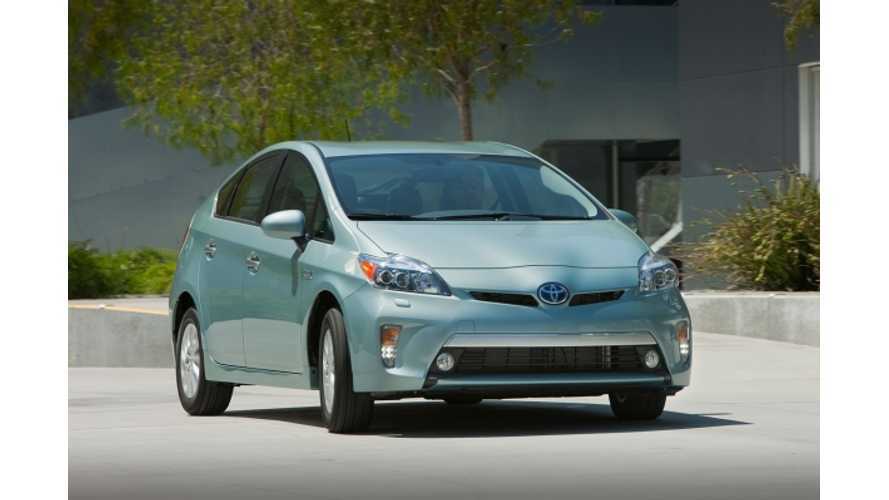 Bring It On...More Electric Range That Is

Toyota has confirmed that it'll listen to the requests of current Prius Plug-In owners and potential buyers who have long asked for more electric-only range in future PiPs.

Speaking in Ypsilanti, Michigan, at the 2014 World Hybrid Tour, Toyota's Satoshi Ogiso stated that the next-gen plug-in Prius will be developed alongside the upcoming 2015 conventional Prius.

Update: Delays have pushed production back reportedly until the 2017 MY - Fall of 2016

What's in store for future PiPs?  Ogiso had this to say:

"We have been listening very carefully to Prius PHV owners and are considering their requests for additional all-electric range. We have also heard from owners that they would like a more convenient charging operation.  In response, we are developing a new wireless/inductive charging system that produces resonance between an on-floor coil and an onboard coil to transmit power to the battery, providing charging without the fuss of a cable."

Ogiso adds that verification testing will be conducted on wireless charging in Japan, the US and Europe in 2014.

So, wireless charging and more electric range.  That's what we should expect to see in the next-gen PiP.

The question now becomes how much of a bump in electric-only range should we expect?

The current plug-in Prius has an electric-only range, as listed by the EPA, of 11 miles.  We'd love to see Toyota get that figure into Ford Energi territory (21 miles).  It seems unlikely that Toyota could achieve that figure without severely compromising cargo space (as is the case in both the C-Max Energi and Fusion Energi), so we think somewhere in 15-mile area is more probable.

There's one more figure to throw into the mix. Toyota says that the 2015 Prius (non plug-in) will get a combined MPG rating of around 55 (up from today's 50 MPG figure for the 2013 Prius).  Since the plug-in version of the Prius today carries the same combined MPG rating as the conventional version, we have to assume that the next-gen PiP will match that project 55 MPG combined mark, too.

So, wireless charging, 15 miles of electric range and 55 MPG combined.  That'll make for a worthy plug-in, don't you think?