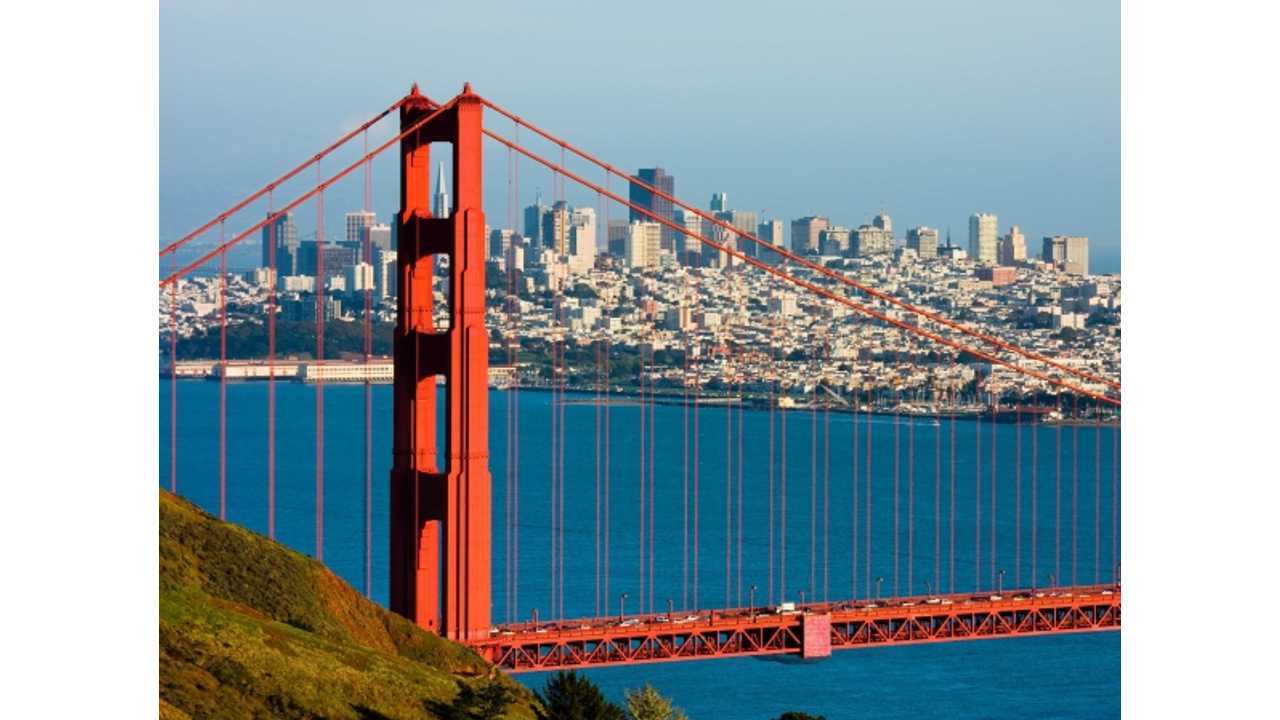 Californians have yet to get anywhere near their fill of plug-in vehicles.

LA as Seen From the Goodyear Blimp

For example, it's now known that Tesla outsold Porsche, Lincoln, Cadillac, Buick, Volvo, Jaguar and Land Rover in California in June, according to statistics released by the New Car Dealers Association of California.

It's not just Tesla though.

To date, one-third of all electric vehicles sold in the US were purchased by residents of Los Angeles (~13%) and San Francisco (~20%).

Then there's all of those compliance electrics, like the Honda Fit EV and Fiat 500e.

Before even going on sale, Californians basically bought up all of the Fiat 500es that will make their way into the US this year.

Likewise, once Honda dropped the lease price on the Fit EV, a rush was on in California to get one while supplies last.

Now, there's that RAV4 EV deal going on, which we're certain will spark its sales in California.

Years ago, when the Chevy Volt and Nissan LEAF launched, the talk was sales in California.

Today, little has changed.  It's still that Californians are going plug-in crazy!!!