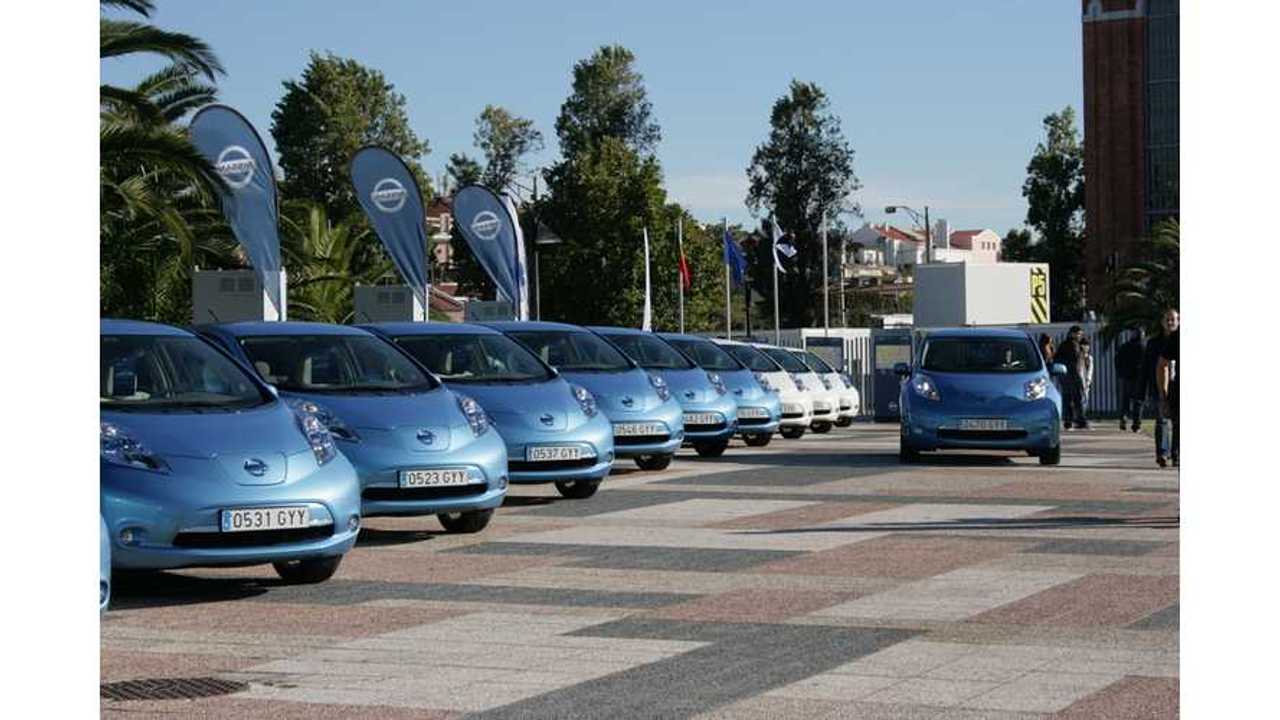 Nissan LEAFs Ready to be Sold

It's future prediction time once again.

Chevrolet Volt Looking For a Buyer

Here, Frost & Sullivan is at the helm of these plug-in vehicle sales forecasts.

Frost & Sullivan opens with this statement:

"One of the key drivers of the global electric vehicle market is the reduction in the upfront ownership cost of vehicles this year. In fact, the prices of key electric vehicles have gone down by as much as 18 per cent of their 2012 price, as manufacturers look to boost sales and stay competitive. The question is, how much this will impact the development of the market."

To which it formulates this answer:

"Strategic Outlook of the Global Electric Vehicle Market in 2013, finds that electric vehicle sales stood at 120,000 units in 2012 and estimates this to reach 2.7 million units in 2018.The global markets are indicating an upward trend in adoption as Frost & Sullivan estimates 2013 sales to boost up to 170-190,000 global sales which is more than 50 percent increase from the previous year sales."

Driving all of this growth will be the introduction of several new plug-in vehicles.  As Frost & Sullivan Automotive and Transportation Team Leader, Anjan Hemanth Kumar, states:

"The scheduled introduction of about 15 new electric vehicle models in the next one year, such as the BMW i8, the Tesla Model S, the Audi R8 and Q7, the Porsche 918 Spyder, and the Mercedes SLS AMG ECell, will intensify competition in the global electric vehicle market and bring down prices.  Several new electric cars including Tesla Model S, Renault Zoe, and Ford Fusion Energi are already best-sellers in their respective markets."

We're thinking Frost & Sullivan made an error in saying the Tesla Model S will come next year.  It likely should read "Tesla Model X."  Regardless, 2014 will be a bang-up year for plug-in vehicles with tons of launches scheduled.