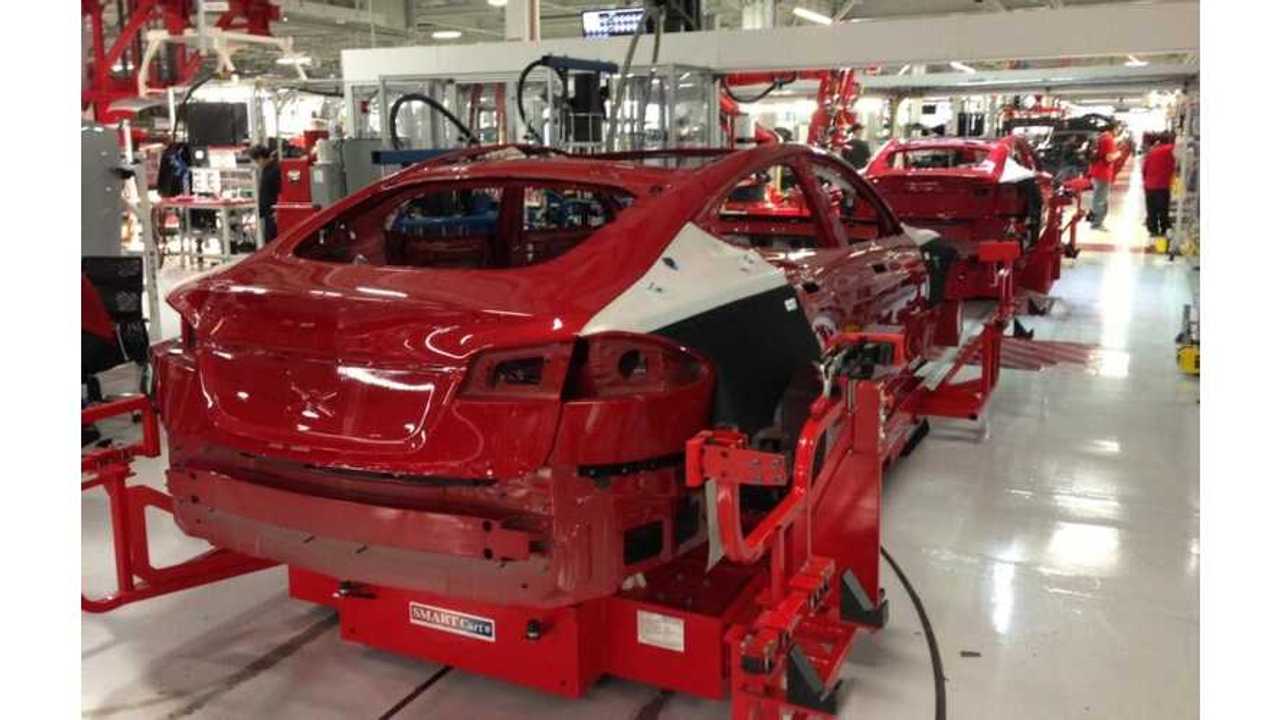 Over on Forbes, there's a long-winded, drawn-out thought piece on Tesla Motors' stock valuation and $20-billion market cap.  It's definitely worth a read (link posted below).

Tesla Motors Expected to Crank Up Production in a Big Way

Within that Forbes article is a nugget of information we thought worth sharing here.

First, Tesla Motors says it'll produce 21,000 Model S sedans this year.  We think this is a modest figure that Tesla will easily surpass.

Finally, Forbes speculates that Tesla's production will rise to 100,000 units in 2016 (Model S, Model X and some Gen IIIs).  This mark seems within reach, but we're not so sure Gen III will arrive in 2016.

Tesla has a long way to go to get there, with production hovering just below 600 units per week right now (~ 31,200 per year), but we sure hope Tesla pulls it off.