Nissan Unveils Autonomous Drive LEAF; Promises Tech Will be Available to Consumers by 2020 at a Realistic Price (w/video) 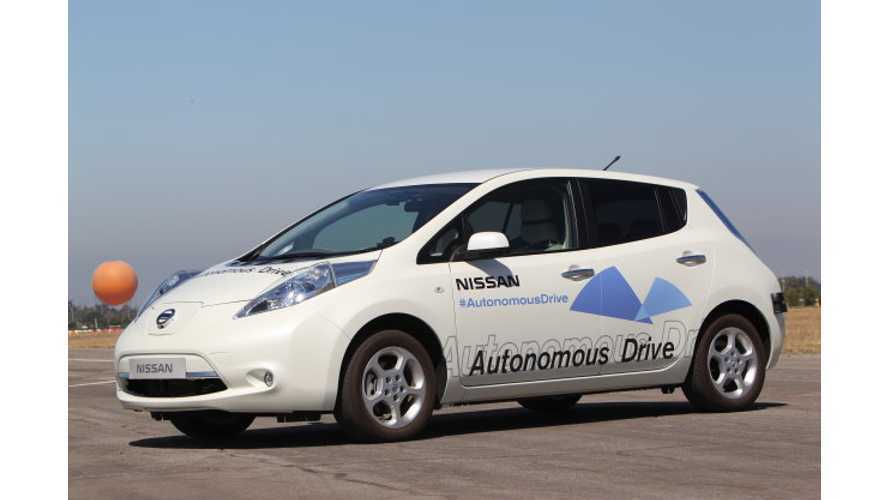 Mark your calendars folks.  2020 is the year that Nissan will be "multiple, commercially-viable Autonomous Drive vehicles."

Nissan recently announced that its engineers have been conducted "intensive research" on autonomous drive technology "for years." Nissan adds this:

"Work is already underway in Japan to build a dedicated autonomous driving proving ground, to be completed by the end of fiscal year 2014. Featuring real townscapes - masonry not mock-ups - it will be used to push vehicle testing beyond the limits possible on public roads to ensure the technology is safe."

How cheap?  And what will the level of availability be?  Nissan answers both of those questions:

"Nissan's autonomous driving will be achieved at realistic prices for consumers. The goal is availability across the model range within two vehicle generations."

"Nissan Motor Company's willingness to question conventional thinking and to drive progress – is what sets us apart.  In 2007 I pledged that – by 2010 – Nissan would mass market a zero-emission vehicle. Today, the Nissan LEAF is the best-selling electric vehicle in history. Now I am committing to be ready to introduce a new ground-breaking technology, Autonomous Drive, by 2020, and we are on track to realize it."

What does it take to make autonomous drive a reality?  Here's the long list of Nissan's partners on the project:

Finally, why do we need autonomous driving vehicles?

For even more on Nissan's autonomous drive, check out the video of Nissan's vice-president, Andy Palmer, discussing the importance of the tech.
++