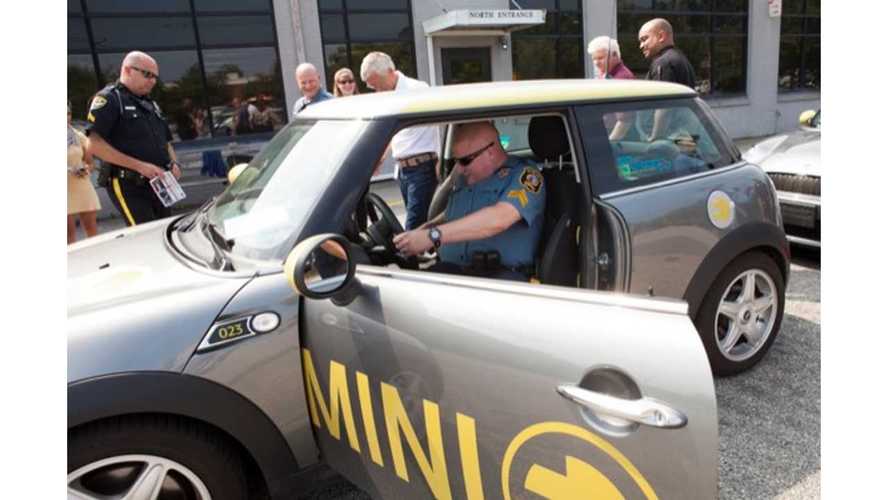 "First responders need to know that with a wreck involving an electric vehicle, they should first make sure the power has turned off," says Willett Kempton, professor in the University of Delaware’s College of Earth, Ocean, and Environment.

Back in the Day, the Mini E Was Often Seen on Public Roads

Today, Mini E electric vehicles are being used at the University of Delaware to train emergency first responders in EV safety.

As BMW instructor Matthias Kluck told the class of police and fire personnel:

"It is safe, and it is not dangerous.  But there is a difference, and you have to be informed about the differences to make the right decisions."

Kluck adds that the Mini E's lack of flammable liquids makes it far safer for emergency personnel on the scene.  He also says that, "In case of an emergency, there are no liquids that can carry electricity to the outside."

Taking safety even Further, Kluck says that the Mini E's electrical system is designed to automatically shut down if a crash results in airbag deployment. If this automatic system fails, then there are several clearly marker shut-off location that can be manually activated.

Why are Mini Es in Delaware?

The University of Delaware is testing 6 of the electric Minis on it campus.  The vehicles can be leased for on-campus use by faculty and staff who received special electric vehicle training.  The vehicles are part of a V2G scheme called "Grid On Wheels: Power Up the Future."