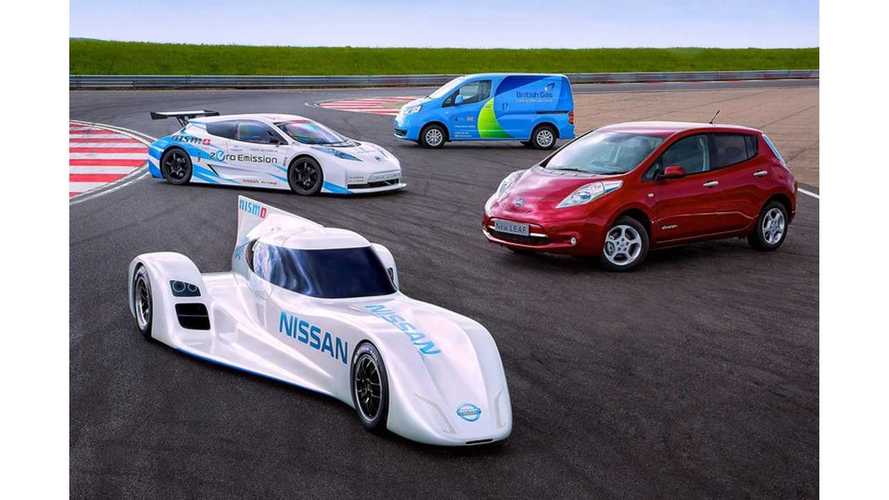 Nope, Nissan Is Not Going To Make The Land Glider Concept A Reality Either

Nissan Motors told reporters at a product preview of future models that the company now has plans for five plug-in vehicles in its future - and that Nissan is preparing inductive charging for all of them.

"We haven't announced what models they will be, but we have plans for five,"  Carla Bailo, a senior vice president at Nissan Americas, told reporters including the Automotive News this week, noting that "...the others will come in due time."

The plug-ins we know of:

Unfortunately, We Won't Be Seeing Any Gorgeous Emerg-e Sportscars In The Future From Infiniti

Then there is the plug-in we assume is coming:

Which leaves us with a mystery car.  And while we personally would wish for something like a more useable utility crossover vehicle in the vein of the upcoming Outlander PHEV from Mitsubishi, or a more versatile compact sedan like the Renault Zoe, it is most likely going to be...

The Nissan NMC (New Mobility Concept) - which is basically a re-badged Renault Twizy.  Nissan-Renault CEO has already confirmed that "We’re going to develop a city car with the collaboration of Renault,” so if its not the Twizy itself, it will be Twizy-like. Then again, you never know, Nissan might still surprise us.

One thing we do know is that Nissan is hot to introduce wireless inductive charging inside its Infiniti LE offering in 2015, and now according to the company's Senior VP, it will extend that technology across all its plug-in offerings in the future.

"...once that technology is ready, we will use it across our brands."