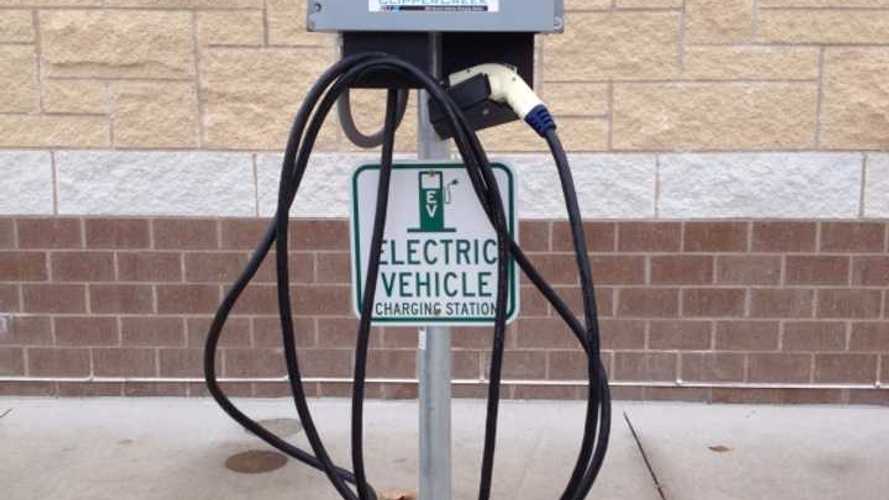 Almost daily now there seems to be some story rearing its ugly head on the Internet about how a few chargers in a US city remain largely unused.

What irks us about this is that these unused chargers will certainly be welcome in the future when hundreds of thousands of plug-in vehicles will be found in the US.

We call this future proofing.  Some US cities are ahead of the time and will benefit from that in the future, but that's not how the local press often portrays this situation.

As the Register says, Iowa has dozens of chargers, most of which have seen extremely limited use.  For example, 3 charger were installed at the Franklin Avenue Public Library in Des Moines in Spring of 2012.  Combined, these 3 units have seen only 13 charging events in approximately 18 months.

Yes, that's limited use, but their time will come.  We envision a day in the future where these 3 units will be plugged into continuously, even Library Director Greg Heid agrees by saying that he's not at all discourage by their use at this current time and that he believes they will be used more soon.

The debate in Iowa continues though.  Some politicians are no discouraging the install of additional chargers throughout the state.  As the Des Moines Register points out, "Iowa tea party leader Ryan Rhodes says it's wrong for governments to subsidize such efforts."

Perhaps Iowa should slow down on installing chargers for the time being (that does put that at risk of being behind in the future though), but under no circumstances should these existing chargers be removed.  That's not under consideration right now, but when heavy-hitting politicians get behind an effort, you never know what the result will be.