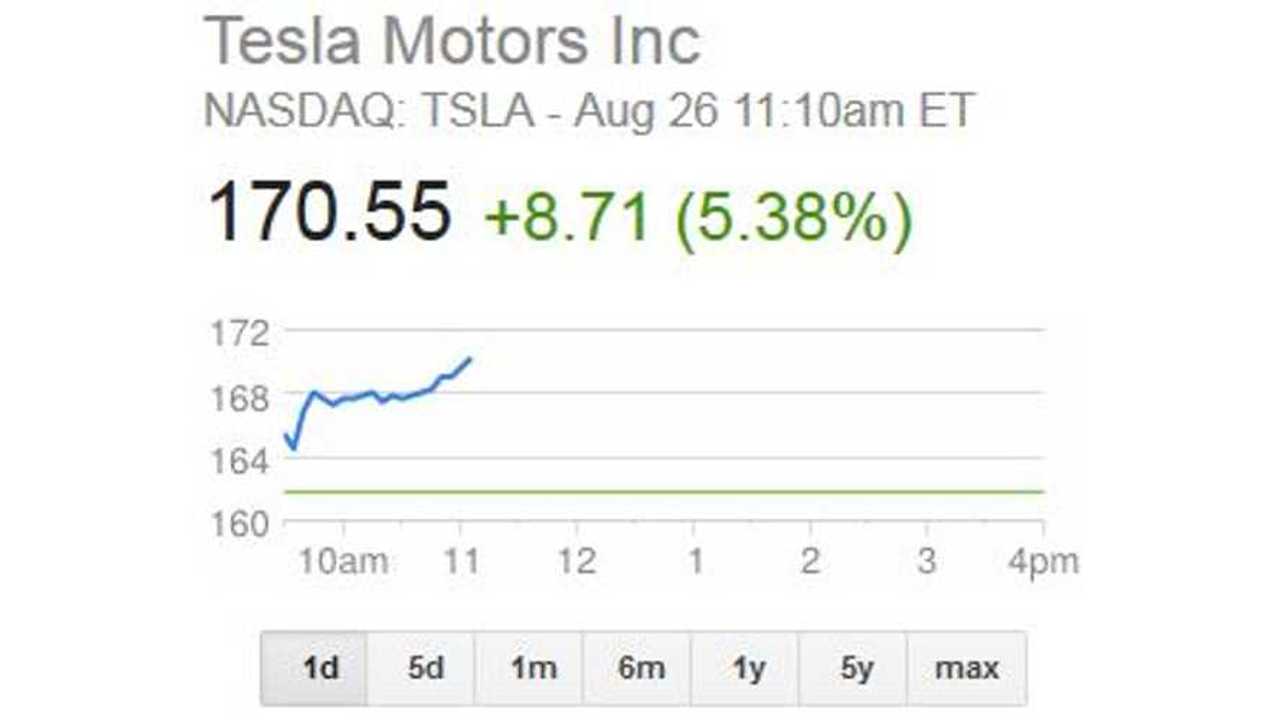 The day has finally come when we can say that Tesla Motors has a market capitalization of over $20 billion.

Yes, that's right.  One of the world's smallest automakers is basically valued at over $20 billion.

With that kind of money to work with, it wouldn't surprise us if Tesla makes one more bold move soon.

As for share values, TSLA has hovered around $170 for most of the day.

Tesla CEO Elon Musk has been largely responsible for keeping investors interested in Tesla Motors.  Musk keeps under promising and then overachieving.  For example, Tesla says it'll deliver 21,000 Model S sedans this year.  We're certain it'll end up being higher than that when 2013 comes to an end.

"Tesla’s the Apple of automotive -- it’s managed to cross the automotive and technology fields to become this hot commodity.  Justified or not, the expectations for this company are now very high."

At $20 billion, where does Tesla stand in the grand scheme of things?  Well, as Automotive News points out:

"General Motors Co., the biggest U.S. automaker by sales, has a $49 billion market capitalization. Ford’s market value of $65 billion is the largest among U.S.-based carmakers."