Which Vehicle is Closest to Tesla Model S in Overall Safety? 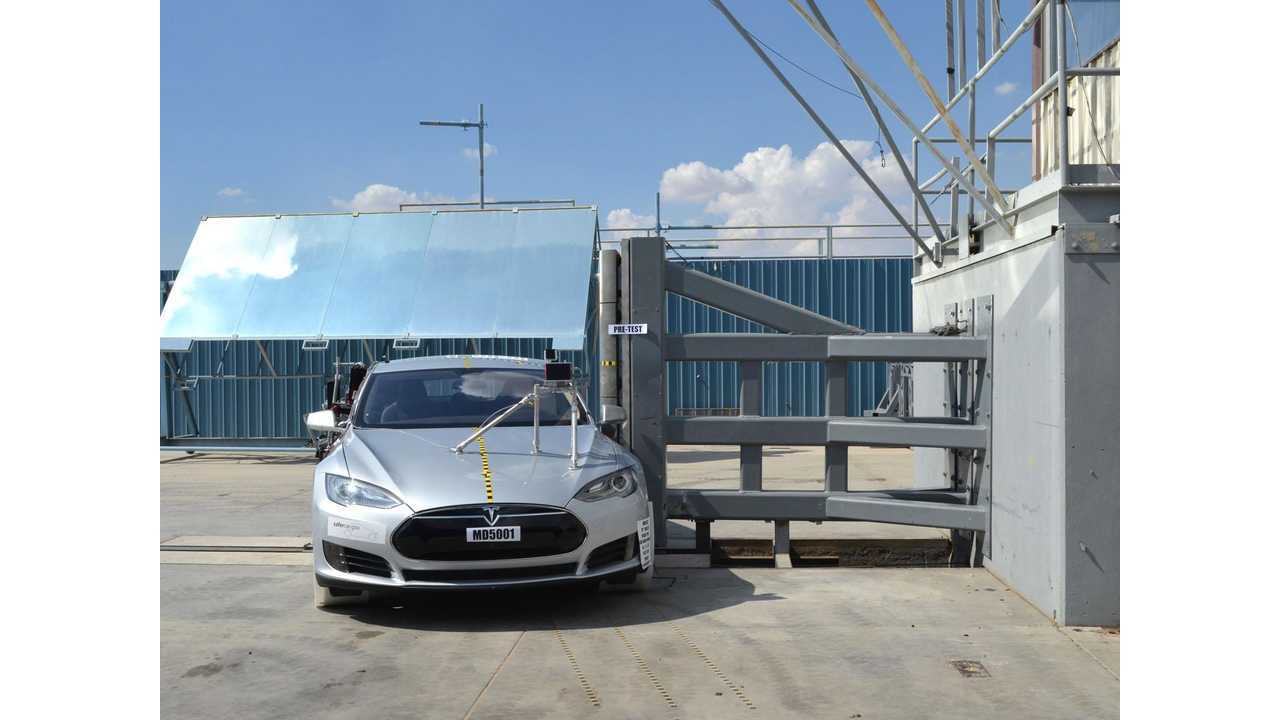 Would you believe us if we told you it's the Buick Verano that's second in line after the Tesla Model S in terms of overall safety, as tested by the NHTSA?

It's true, but first allow us to fill in the background information.

Here's the % Breakdown That Contributes to the Overall Score

In terms of the NHTSA's Vehicle Safety Score (VSS), the Model S achieved the lowest figure issued by the NHTSA: 0.43.  For VSS, the lower the figure the better, as it's a number that represents the relative chance of injury or relative risk.

Here's where it gets a bit tricky to decipher.  There's one more VSS score issued by the NHTSA and, for this one, the higher the better.  Under the US-NCAP system, the NHTSA provides us with a single star rating for the tested vehicle.  This is an overall safety score, or overall VSS.  The chart to your right depicts how the NHTSA arrives at this figure:

This is where the Model S scored 5.4 VSS.

The NHTSA has tested 132 Model Year 2013 vehicles.  Out of those vehicles (and all of those tested in previous years from 2011 on when the NHTSA altered its testing procedures) the Model S earned the highest overall VSS (5.4) and the lowest VSS (0.43).  It should be noted that the NHTSA has not tested the Mercedes-Benz S-Class, Audi A8 or BMW 7-Series.  We should further add that the NHTSA selectively chooses which vehicles it will test and the Agency typically picks the most mainstream models from each brand.  Therefore, it's unlikely that any of those aforementioned vehicles will ever be tested.

Back to the Buick Verano.  The Verano is 5-star rated by the NHTSA, but when we dig deeper into the numbers, we see that its VSS score (relative risk of injury) is 0.50.  That's not far off the 0.43 set by the Model S.

If the NHTSA had a safety ranking system, the Model S would be number one and the Buick Verano number two.

Finally, do you recall when Tesla stated that the Model S was so reluctant to rollover that special means had to be used?  Well, how reluctant is the Model S?  For an answer to that, we have to introduce one more NHTSA score: relative rollover risk or RRS.

The Model S scored 0.38 RRS.  Surprisingly, the Honda Accord is in the number two spot this time with a RRS of 0.66 or close to twice the risk of rollover of the Model S.

What's all of this mean?  The Model S is safe.  It's was we've been saying all along.  It is indeed the safest vehicle ever tested by the NHTSA and that still can't be disputed.

We sure do wish the NHTSA would test a vehicles, especially large luxo sedans so that we could see how the Model S stacks up against its closest competitors, but that's not going to happen anytime soon.  So for now, the Model S is the safest tested vehicle in it class and the safest of any ever tested by the NHTSA.