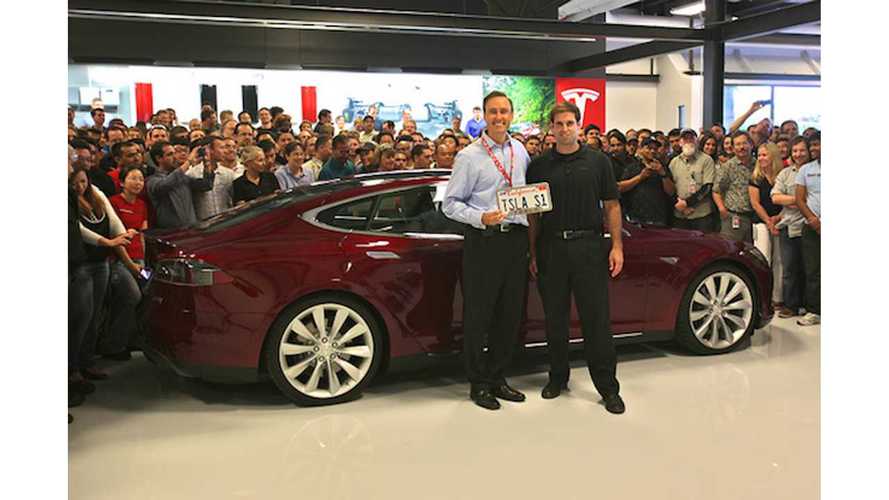 Steve Jurvetson, a Tesla Motors board member and the world's first Model S owner, spoke of Tesla and BMW in an interview on Fox Business Network’s “Money w/Melissa Francis.

Now, it should be stated that Jurvetson really doesn't need to talk like this.  The Model S speaks for itself.

But Jurvetson made some statements, so here they are:

"And the reason is a hybrid car is not an electric car. It’s a common misperception. You have the worst of both worlds in many cases, a gas engine and a battery, all the complexity, all the maintenance, all of the tradeoffs that occur in a hybrid car. It’s what Elon calls an amphibian in a transition from dinosaurs to mammals. It’s an interesting transition species."

That comment was in response to a question ask of whether or not Tesla will ever go the hybrid/range-extended route.

Here's what Jurvetson said in response to a question posed on the possible threat to Tesla by the upcoming BMW i3:

"BMW itself said – and I’ve never heard any product release say this a year before its release – we’re not trying to make the best electric car; we’re building this vehicle because we have to for regulatory reasons. They’re basically they’re saying don’t judge us by this car and whether it’s any good or not a year before it’s released."

We personally don't remember BMW ever stating that the i3 was being built for regulatory reasons.  If BMW did happen to make that statement, then it escapes us.

Finally, when asked about the range-extender in the i3, Jurvetson stated:

"They’re putting in a gasoline lawnmower engine in there as a backup. It’s kind of an odd duck."