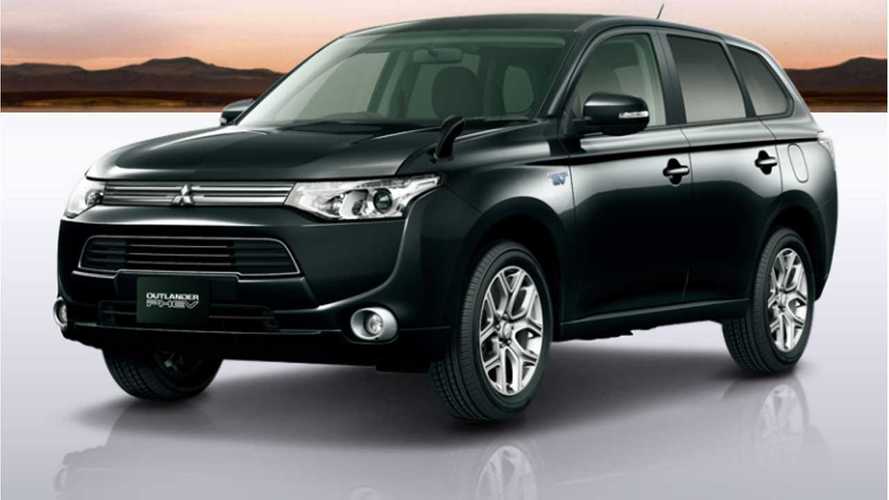 Mitsubishi restarted Outlander PHEV production Monday, after nearly a 5-month shutdown due to problems with the traction batteries, according to The Japan Times.

After delivering over 4,000 vehicles in the first two months of sales, Mitsubishi had to stop production late March while they investigated the cause of several traction batteries overheating.  The batteries are made by Lithium Energy Japan, a joint venture with Mitsubishi and GS Yuasa.

Once the cause of the battery overheating issue was determined, Mitsubishi recalled all 4,313 Outlander PHEVs sold in Japan for battery replacements (and a few other minor recalls).  While this work was being performed, Mitsubishi was unable to build any new Outlander PHEVs due to limitations of the battery production line.  Mitsubishi indicated at the time of the recall that production would not restart until August and well, here we are.

In the interim, some 4,000 would-be Japanese owners and 10,500 would-be Dutch owners who had pre-ordered their Outlander PHEV found themselves in a painful waiting game.  More bad news came when it was reported that, as a result of the production halt, Mitsubishi would not be able to deliver about 30% of those Dutch orders this year.

For those unfortunate Dutch buyers, it means they would miss out on the special 0% addition tax subsidy only available to those who take delivery in 2013.  Instead they would pay 7-8% which can cost them the equivalent of $12-15k USD over 5yrs.  Mitsubishi expects to receive at least 1,000 cancellations as a result.  However, 7-8% is still about half of what Dutch buyers would pay for a comparable ICE vehicle, hence the reason why most of those affected by this delay are not expected to cancel.

Now that the battery issues have been addressed and recall is work complete, Mitsubishi can refocus its efforts on delivering as many OPIs (Outlander Plug-Ins) as possible for the remainder of this year.  With a new factory coming online in September, Mitsubishi will double their capacity from 2,000 to 4,000 per month.  This should give them the ability to produce at least another 15,000 units this year.

Several other markets originally hoping to get the Outlander PHEV in 2013 have been delayed to 2014, including the UK, Australia, New Zealand, and Indonesia amongst others.

The US and Canada, originally targeted to get it in early 2014, will now likely get pushed back at least 3-6 months, although no official updates have been provided by Mitsubishi at this time.

In more positive news for Mitsubishi, the 2014 Outlander was recently named an IIHS Top Safety Pick thanks to its advanced safety systems including Forward Collision Mitigation (FCM) and Lane Departure Warning (LDW).  This comes after recently being awarded the JNCAP 5-Star safety award in Japan followed by the European NCAP "Advanced" safety award.

Look for the Outlander PHEV to show next month at the 2013 International Indonesian Motor Show (IIMS), where the it is expected to sell for (cough) $100,000 USD!

Editor's Note:  Chris also runs things over at InsideOutlander, which is the place to go and discuss everything Outlander PHEV...so if interested in Mitsu's plug0in SUV, you should really head over there ans check things out.