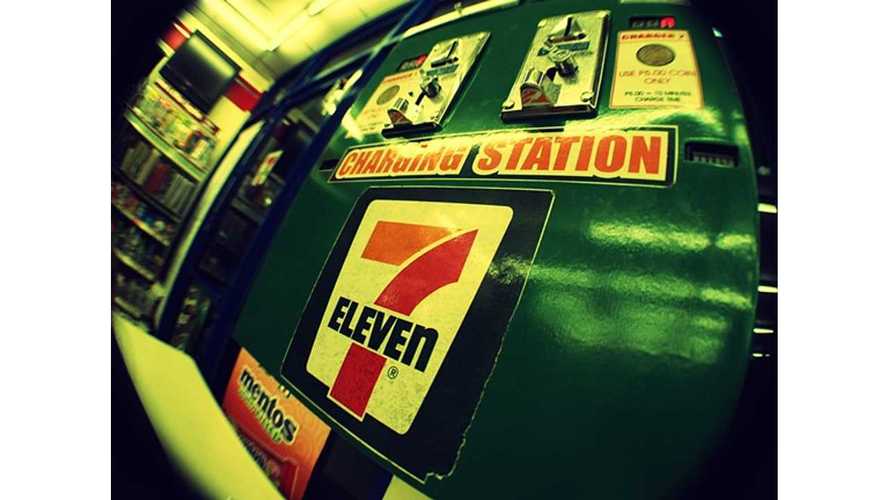 The first-ever 7-Eleven to get a quick-charge station in the US is now operational and it's located in New York City.

"7-Eleven and GCN worked with the U.S. Department of Energy (DOE) and several large utility companies to leverage local solar generation and energy storage, which enables the use of high-powered electric equipment, including EV fast chargers. This avoids extreme consumption peaks that lead to expensive electricity-demand charges for commercial ratepayers."

The specific 7-Eleven to get the quick charger is located at 5820 Francis Lewis Boulevard in Flsuhing.

The setup is rather unique in that Green Charge Networks’ energy storage system, GreenStation, manages power consumption by monitoring the store’s load on a second-by-second basis and counteracts peaks and valleys by using its internal ion battery bank.

"Even when the New York City electric grid experienced an all-time peak on July 19 during the recent heat wave, the GreenStation allowed for EV fast charging while reducing peak demand by 56%."

"Convenience retailing in today’s world increasingly requires the use of high-powered electrical devices, including foodservice equipment and EV fast chargers.  Meeting our customers changing needs while keeping demand charges and thus our electricity costs in check is a very attractive value proposition for us."