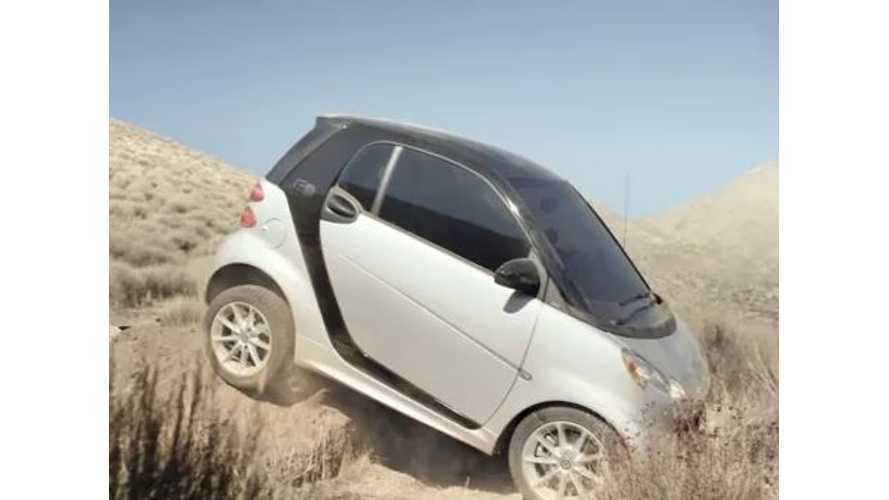 There's no logical reason for taking a Smart Fortwo Electric Drive on an off-roading excursion, but that hasn't prevent Smart from doing precisely that.

"What happens when the all-new smart electric drive goes off-roading? Exactly what you’d expect. But don’t sweat it. We know what smarts are best at, and we’re not afraid to show it."

We get it.  The Fortwo Electric Drive is as at home on the off-road trail as a monster SUV is in a crowded city.  Makes sense to us and a chuckle or two might have sneaked out while watching the clip, too.

We love Smart's humor, even if it's somewhat directed at itself.  How 'bout you?