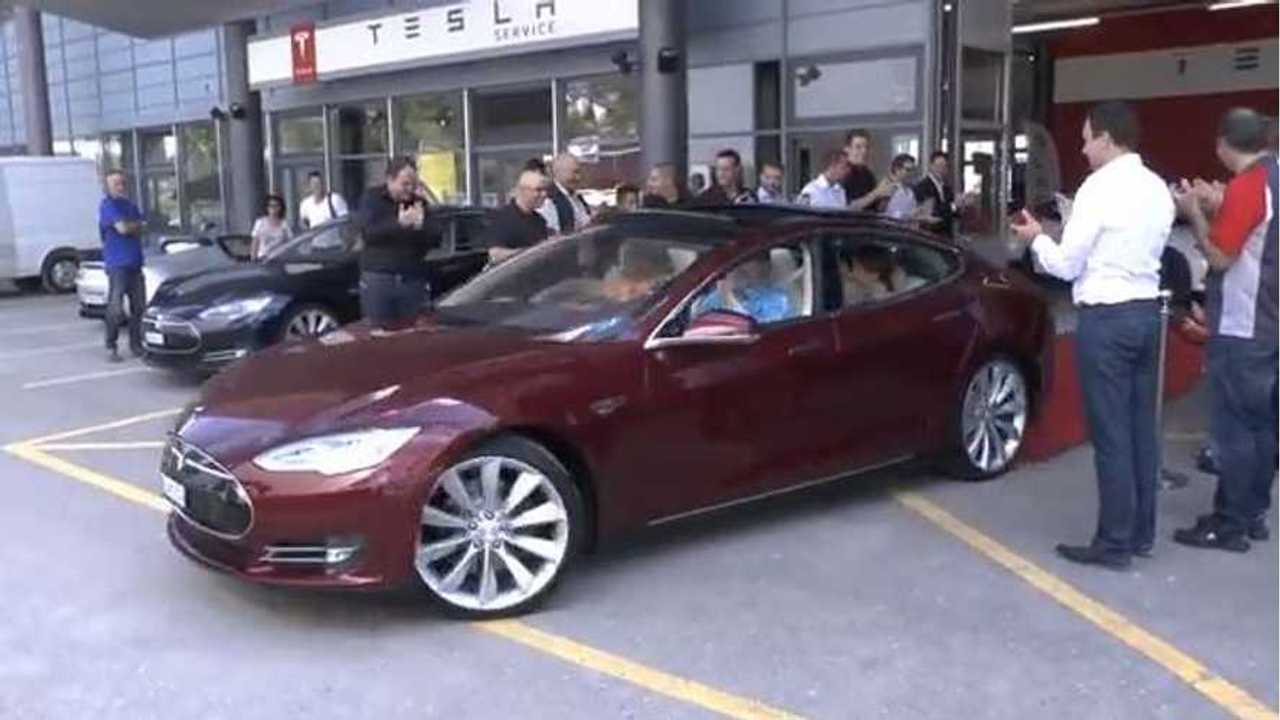 Norway may have been the first nation in Europe to get the Model S, but other countries weren't far behind.

Here we present video of the first 6 Tesla Model S Signature Editions delivered to their Swiss buyers at a private event at the Tesla service center in Winterthur, Switzerland.

Neither Norway nor Switzerland are member states of the European Union.  Model S deliveries to most EU countries won't start until September.