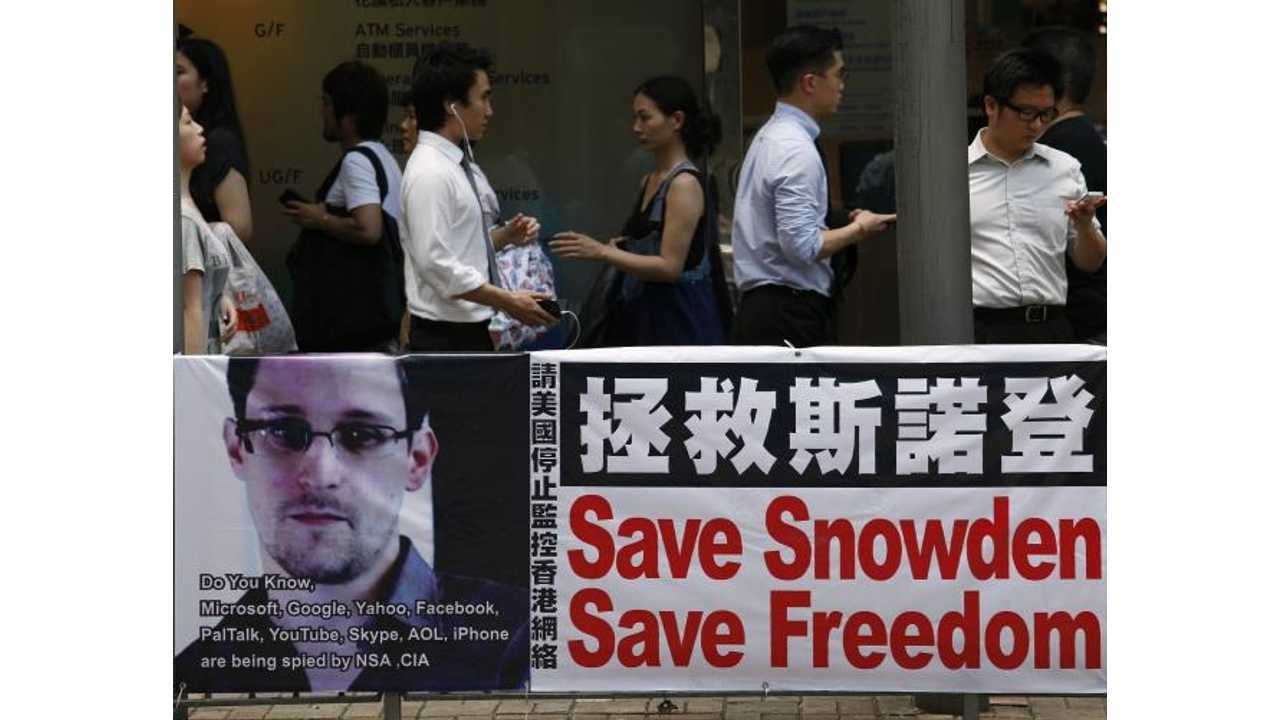 "Edward Joseph Snowden is an American computer specialist who worked for the CIA and the NSA and leaked details of several top-secret United States and British government mass surveillance programs to the press," says Wikipedia.

Snowden has been in the press almost daily and now his name makes its way into the electric vehicle world.

Hong Yuan Lan Xiang (HYLX), an unknown-to-us electric vehicle technology firm in China, submitted an application to trademark "Snowden," to which the company says it will apply to some of its top secret breakthrough technology.

We're doubtful that HYLX has real breakthrough technology in the works, but we think it's a clever move to try to trademark "Snowden" with the association to top secret stuff.

However, the Snowden name might be deemed too politically charged by the Chinese government to be trademarked.

Regardless, HYLX is trying to register the "Snowden" trademark in Chinese and English for "secret technology," according to company manager, Zhu Hefeng.

Here's what else Zhu told the South China Morning Post in an exclusive interview:

"We are talking with China’s domestic carmakers, and we aim to launch cars equipped with our technology by the end of this year."

The "top secret" technologies are linked to "removable batteries, remodelling of traditional cars into electric cars, and fast charging methods," according to the South China Morning Post.