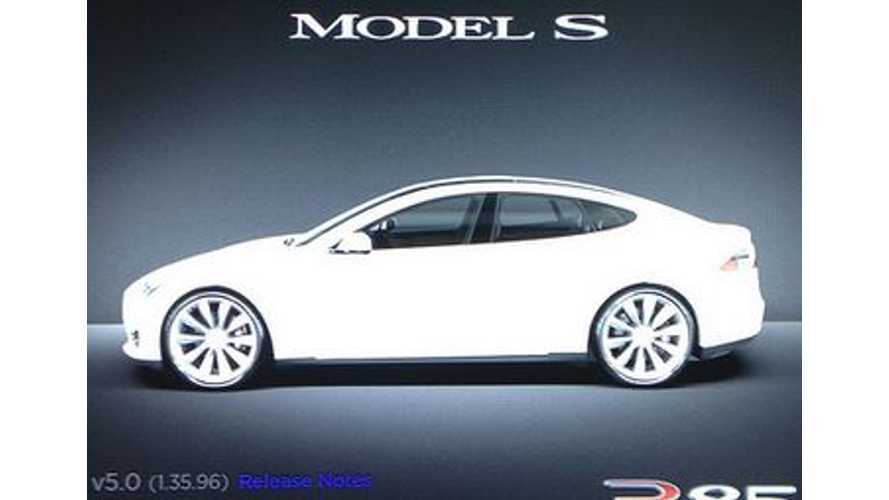 Tesla had long promised that an upcoming firmware update would nearly eliminate the Model S' vampire loss (loosely defined as the electric power consumed while switched off).

This User Uploaded Image Confirms That Firmware 5.0 Reduces Power Draw When Model S is Not in Use - Sorry No Clearer Image Exists - Translation Found at Bottom of Post

That update is now here.

Called Firmware 5.0 and already installed in Europe-bound Model S sedans, the net result is that vampire loss seems to have been reduced by 50-75%.

The Model S, with Firmware 5.0, now enters a sleep state where power draw is greatly reduced.

The only downside to the Model S sleeping is that some of its functions take longer to "wake up," but for the most part, the Model S is ready for action 10 seconds after opening the door.

That's the trade off.  You get a groggy Model S for a few seconds, but save potentially hundreds per year on electricity costs.  It's worth the trade off.   No doubt about it.

Firmware 5.0 is currently being installed on all Model S sedans leaving the factory.  The firmware update will eventually make its way to the 14,000 or so current Model S owners.  There's no timeframe on that right now, but it'll happen soon enough.

Note: In case the image to your right is too difficult to decipher, here's how it reads:

Improved Power Management When Not In Use

Model S now consumes less power when not in use. The instrument cluster and numerous touchscreen systems (e.g., Bluetooth, 3G connectivity) may take a few seconds to fully power up when you return to your Model S. The mobile app may also take a while (~45 sec) for the secure connection to the car to be re-established when in this low-power mode.