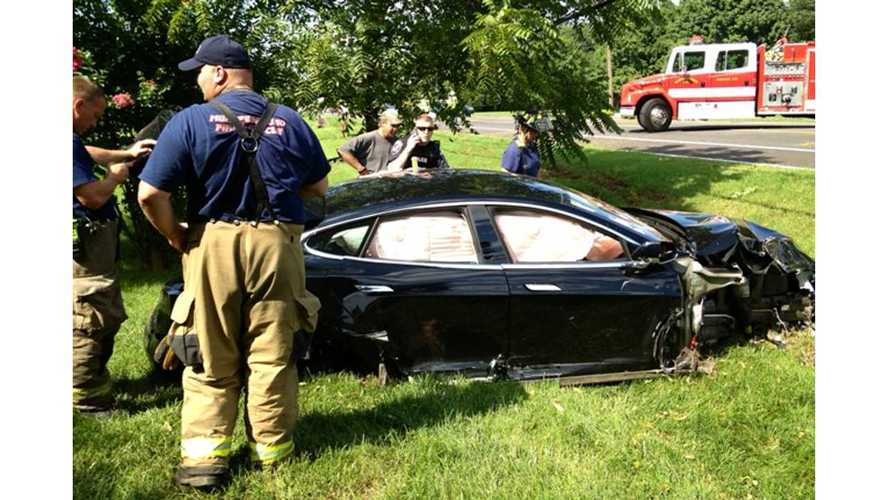 Occasionally, we highlight some high profile accidents involving electric cars.  Some might think that indicates a "slow news day," but honestly, it is more of a guilty pleasure.

This particular accident involved a 34 year old woman driving a 2012 Tesla Model S.  What caused the accident?  The owner told police she was "messing with the radio".

Unfortunately when a officer asked for her license, she instead handed it to a firemen standing beside him.  A subsequent DUI charge was later levied for the lady at a local medical center.

As for the Model S, the emergency crew was not 100% sure how to handle it:

"Before police could release the electric vehicle to be loaded onto the flatbed wrecker, they had to secure information on how to turn off the Tesla Model S. Officials received technical instructions, and the all electric 4-door car was shut down."

All the details can be found at WGNSradio via autobloggreen