Hey! Where Is The VIA Motors Extended Range Truck Already? 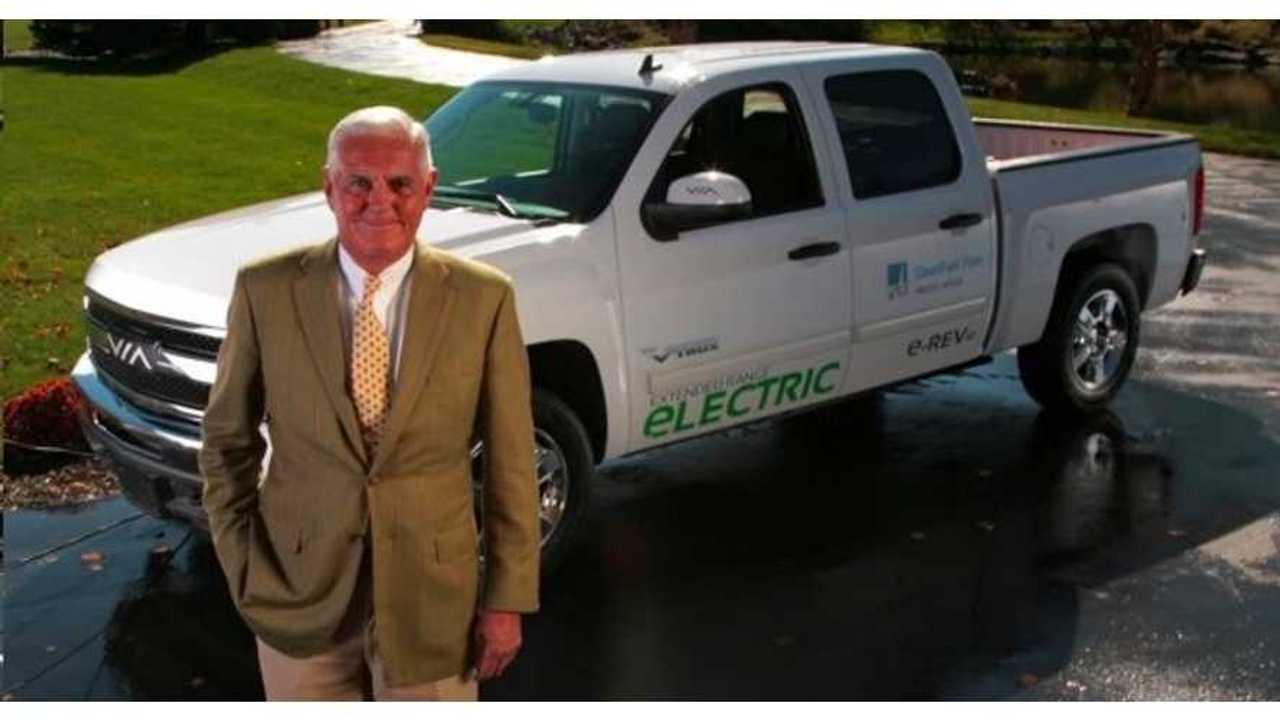 Do you remember Bob Lutz and Jay Leno tooling around in a VIA Motors extended range truck over a year ago?  Or Mr. Lutz opening up the 2013 NAIAS promoting new upcoming products from VIA Motors?

VIA Motor's Bob Lutz. A Man Who Never Slows Down

Earlier still, do you remember the promised start of production on the truck "by 2013," that turned into during 2013, that turned into  "...(we) expect to begin selling to the general public some time in 2014."

Well, Fleets And Fuels has an answer for us - saying that Via Motors is now focusing on vans instead of pickups because of a change in GM’s pickup chassis that "has forced a major design update for the pickup product Via had intended to bring to market first."

VIA VP of sales and business development, Mark Burdge, tells Fleets and Fuels, “It put us back about 12 months...Luckily, we hadn’t crashed the truck yet.”

From that point the VIA exec says that the company has paused the project and waited on GM, although Mr. Burdge still notes that “GM has been great to work with.”

VIA notes that their new version of the extended range truck will be more modern and efficient because VIA will be installing its series hybrid electric drive to a V-6 engine, as compared to the outgoing, smallest available V-8.