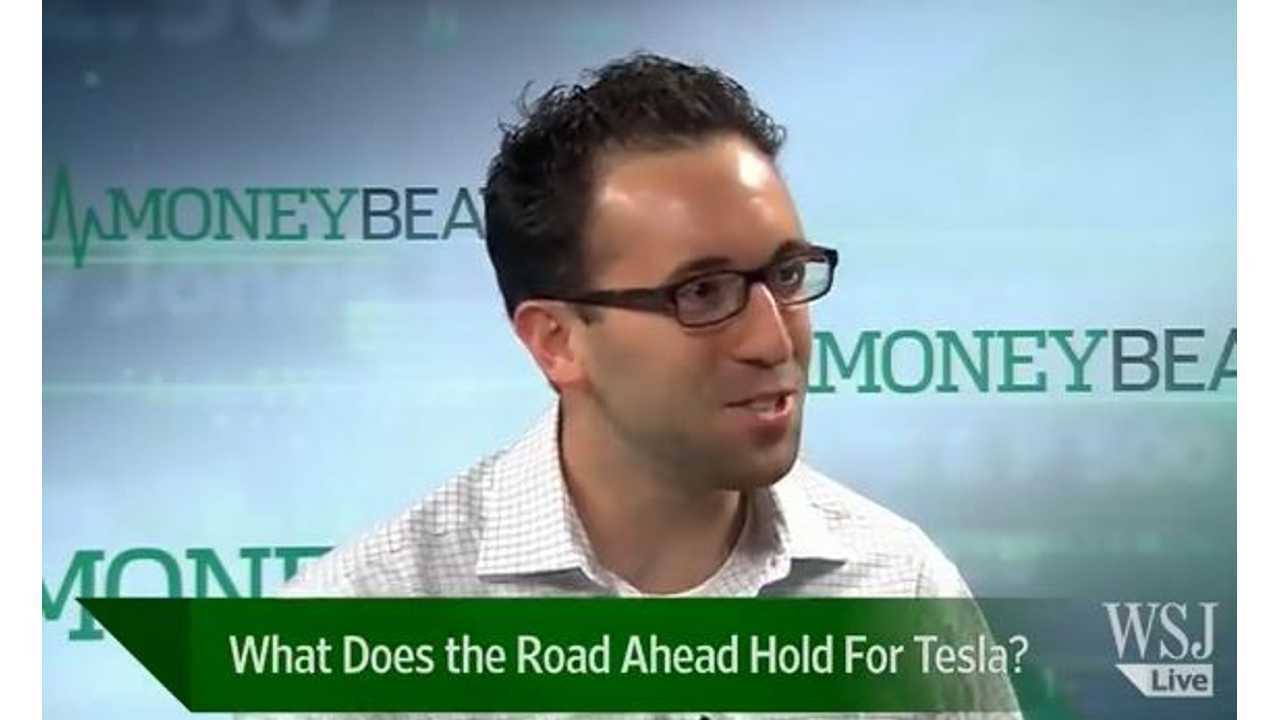 The financial future of Tesla Motors is still largely unpredictable.

Success for Tesla lies in the automaker's ability to bring to market that promised Gen III Tesla at a price point the vast majority of Americans can afford.

If Tesla does that, then the automaker's financial future will likely be rosy.

If Tesla fails to deliver on the Gen III (Tesla has yet to fail us, so we have no reason to think Tesla won't succeed), then the automaker could tumble.

That's sort of how a couple of analysts over at the Wall Street Journal see Tesla's future.

"After reporting a net loss for Q2, but exceeding Wall Street's expectation for production and gross margins, what does the road ahead look like for Tesla Motors?"

That's the question WSJ sets out to answer in this video clip, but predicting the future of Tesla turns out to be extremely tricky.  Watch the clip and you'll see what we mean.