While Under Threat From OEMs, ECOtality Turns Down The Output On Chargers To Avoid Failures 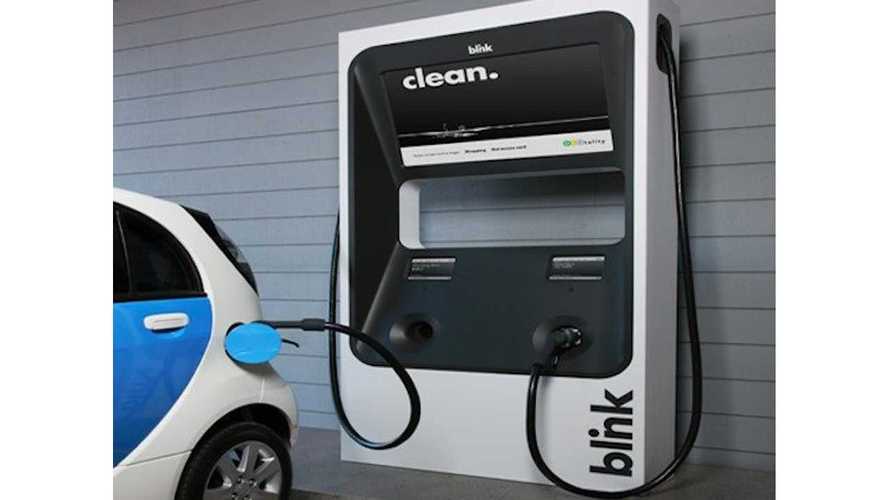 While Under Threat From OEMs, ECOtality Turns Down The Output On Chargers To Avoid Failures product 2013-08-14 14:00:45 https://insideevs.com/news/318726/while-under-threat-from-oems-ecotality-turns-down-the-output-on-chargers-to-avoid-failures/ Charging, featured, ecotality, ECOtality bankruptcy
Aug 14, 2013 at 10:00am ET
++

Yes, That Is A Lovely Sunset In The Background

On Monday, ECOtality filed an 8-K with the SEC saying the company had basically run out of money and was in danger of falling into bankruptcy in the "very near future" unless a new/unknown source of capital could be found.

As part of the disclosure, ECOtality noted that R&D failures in their new commercial Minit Charger lineup that was expected to be out this year, will not be forthcoming as planned, saying that "...as such the product will not be introduced in 2013."

However, more disturbing still was the news for current plug-in vehicle owners that there is an overheating/melting issue in the connector plug of 12,000 of their current EVSE units.

“Further, the Company is facing some uncertainty regarding the resolution of a phenomenon occurring in some of the Company’s previously installed EVSEs which causes overheating, and in certain rare cases melting, of the connector plug that connects the EVSE to the electric vehicle when charging." - SEC 8-K disclosure from Monday August 12th, 2013

Adding to the problem, ECOtality is not sure what has caused it, or who will ultimately pay for the recall and/or repair:

"The Company, along with certain automotive original equipment manufacturers (“OEMs”) and equipment suppliers, has been actively evaluating the issue in an attempt to determine the cause and to address the problem...The Company continues to discuss with the parts supplier of the connector plug a plan of action which would require the parts supplier to pay to replace either all the connector plugs in its existing EVSE units or those connector plugs identified to be problematic. At this time, the Company cannot assure you that negotiations will result in the parts supplier agreeing to incur the cost of such remediation. Accordingly, the Company may have to incur such costs and expenses in the future." - SEC 8-K disclosure from Monday August 12th, 2013

Making the matter worse for the company, is that automakers are now threatening to tell all their customers to discontinue use of ECOtality chargers until all the connectors are replaced:

"In addition, some OEMs have notified the Company that they are considering communicating to their customers and other parties to advise them not to use the Company’s EVSEs because of the connector plug issue if the Company does not replace all connector plugs on its approximately 12,000 existing EVSEs in the market. The Company believes such a communication may have a material adverse impact on the near term cash flow and prospects of the Company."  - SEC 8-K disclosure from Monday August 12th, 2013

ECOtality's short-term answer?  On Friday (August 9th, 2013) they turned down the maximum output on some of the machines to keep the connectors cooler.

"Even though a root cause for the observed phenomenon is yet to be definitively verified, in the interim, on August 9, 2013, the Company commenced the reduction of the maximum power delivered by certain of the EVSEs, which reduction has been shown in limited laboratory test to reduce the temperature rise in the connector plug to acceptable levels"  - SEC 8-K disclosure from Monday August 12th, 2013

/not the best solution