BMW i3 Modifications, a Sport Version and Give Us More Fun 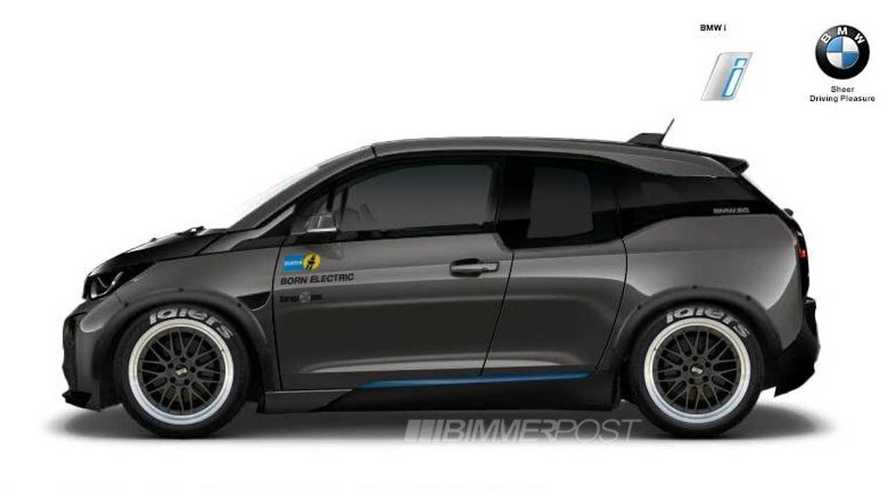 Now that we've seen the production i3 and with BMW revealing most of the specifications, I'm ready to begin the modifications!

Evidently, someone on the Bimmerpost forums is ready too because he used his photoshop skills and went to work on creating an autocross-ready i3.  I like it! It's even in the Arravani Gray that I'm leaning towards, so that made it all the better.

So, this gets me wondering if BMW even realizes there are people out there that will want to modify their i3s.

BMW already stated that there won't be an M version of the i3 and I confirmed that with a program manager recently, but that doesn't mean they won't offer modification parts for those interested.  After all, BMWs are some of the most modified of any manufacturer.

I hope BMW isn't under the assumption that, just because i3 customers are concerned with things like sustainability, environmental issues, energy policies or just like driving electric, they won't share the same enthusiasm for driving as their combustion customers do.

I'll take it one step further. Even if BMW doesn't cross pollinate the i and M brands, the German automaker could still make an i3 Sport version. Give it a special interior, offer it in a unique, bold exterior color, beef up the suspension, put on some real tires and give it a little more torque and HP (I'm sure that can be done with the same motor and some minor tweaking).

The result?  A 6-second 0-60 electric BMW that will have better handling than 90% of all the sports cars out there. Sure, it will probably cut 10 miles or so off the range but I think some of us are willing to make that sacrifice.

BMW obviously knows the market and the automaker knows drivers want fun—even if they are driving a "futuristic, sustainably manufactured" car.

This post first appeared on Tom's blog, which you can check out by clicking here.