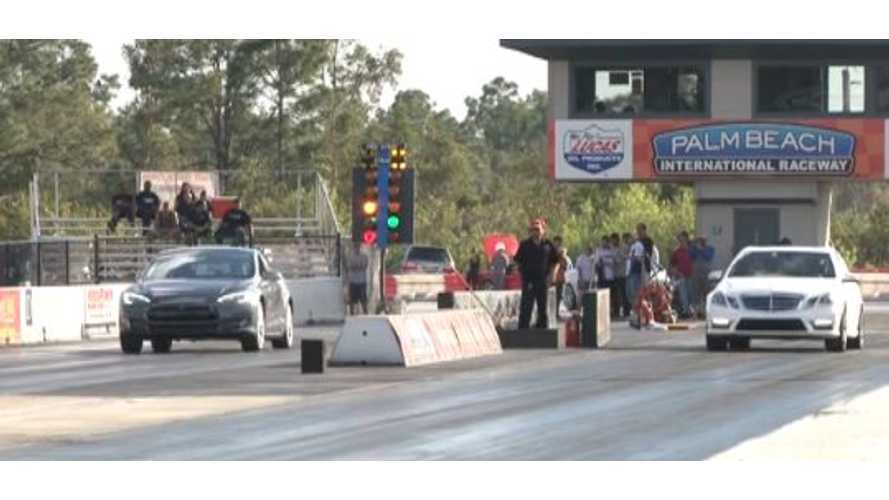 This is one of those rare match ups between incredibly similar, yet radically different automobiles.

In one lane we see the electric Tesla Model S P85.

In the other sits a gas-gulping Mercedes-Benz E63 AMG.

The only unfortunate part of this match up is that the E63 is no ordinary AMG.  This particularly has been tuned been Renntech to put out 650 hp, which makes for an unfair fight.

"An 85 kw Tesla Model S takes on a Tuned E63 in a 1/4 mile drag race. This is the same Tesla that recently beat a Dodge Viper and an E63 in a drag race as well as set the record for quickest stock production electric car in the 1/4 mile."

But in this particular race, the Model S is down over 200 hp, compared to the AMG.  Still, the electric Tesla manages to hang for a bit before giving in to the might of the burly, radically tuned AMG.