Investor's Business Daily Insists Chevy Volt is a Failure; We Sound Off 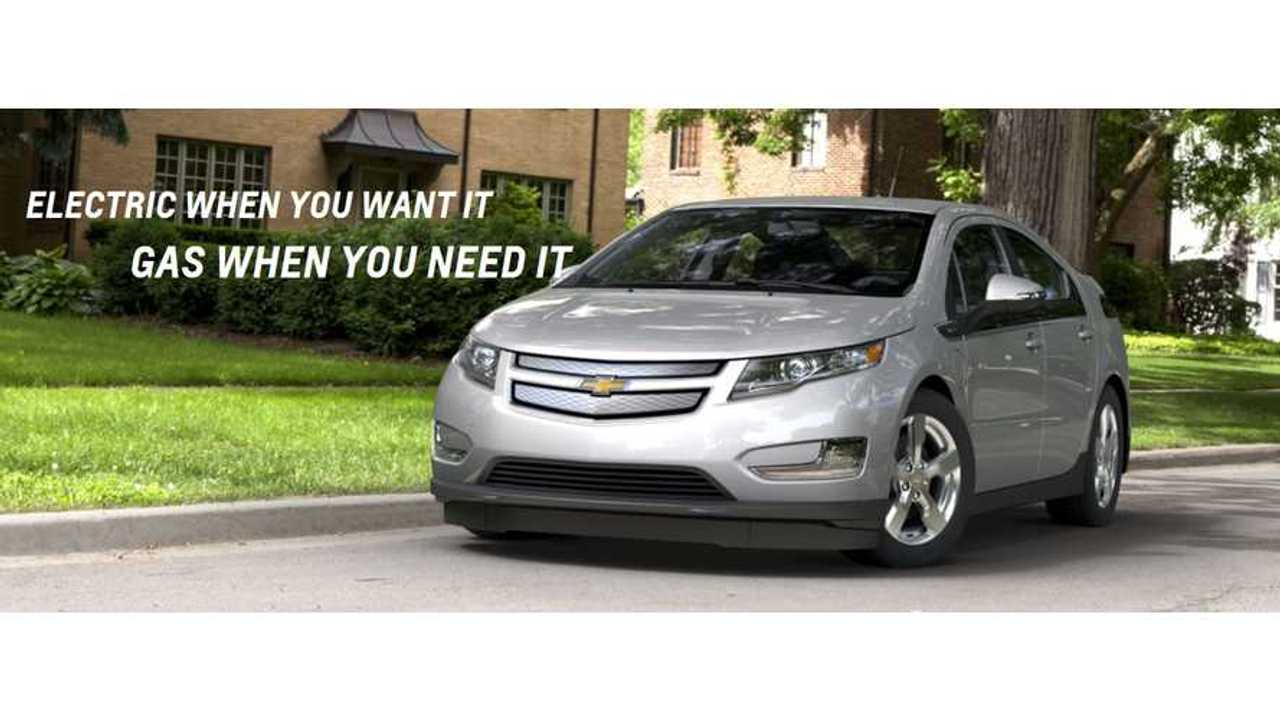 With General Motors slashing $5,000 of the Chevy Volt, it was inevitable that some would jump on GM's back by calling the Volt a failure.

In steps Investor's Business Daily, who says this:

Ask Volt Owners if Their Vehicle is a Failure...Bet Nobody Will Say Yes

"Nearly a year ago General Motors was losing almost $50,000 for each Chevrolet Volt it built. Now GM's business model, driven by trendy environmentalism, calls for it to cut the price and lose even more money."

"The green lobby wants more hybrids and plug-in electric cars on the roads. Therefore the president wants 1 million electrics humming around by 2015 — and the carmakers have to ignore market reality under pressure to do what the environmentalist-political complex demands."

"Even if it makes no sense."

"In September of last year, we said "Obama's Government Motors needs to shut down the Volt line indefinitely" — not just for the month it planned to halt production — then restart the assembly lines only when it could make a profit on the car."

"In May, we noted: "The market for electric cars is so weak that consumer costs are approaching almost nothing."

"Here it is August, and the Volt, the car that USA Today calls the "supposed" star of General Motors' portfolio, is back in the news."

"Back in the news" happened when that $5,000 price cut was announced.

Although our plug-in sales scorecard shows that the Volt is a massive success in the electric segment, there remains those who insist it's an utter failure.

"Aside from those whose egos demand that they use their cars to scream out their moral superiority as environmentalists, and maybe a few enthusiasts who dabble in the technology, does anyone really want these electric cars? Their dismal sales numbers simply do not justify their existence."

"Foreign makers fared no better. Mitsubishi could sell only 600 of its i-MiEVs while Nissan sold fewer than 800 of its Leafs last year. Sales in 2013 remained stagnant until Nissan cut the price by $6,400 early in the year."

Now is where it starts to get ugly.  We'll forgive Investor's Business Daily for fudging the LEAF figures for 2012, but the next few quotes don't resonate well with us at all:

"Yes, Tesla seems to be doing well. But remember: It makes a luxury car that appeals to the wealthy who buy them as toys. It's an outlier."

"Meanwhile, Chrysler has wisely decided to stay out of the EV market until "consumers are willing to step up and pay for the technology," Automotive News reported this week. That's the way it should be."

Was the government not involved in turning around the once-again highly successful General Motors?  Where's the failure there?

Time To Break Out The Stock Footage Of The President In The Chevy Volt.

We don't even have to dive into an explanation of why the Volt is a grand success, as Investor's Business Daily stumbles over its own word on too many occasions here to be taken seriously.

Could the Volt be better?  Sure.  But it's here.  It's here to stay.  It's revolutionary and likely wouldn't exist if it weren't for the help of the US government.  Failure?  We think not.  The Volt proves precisely that US-designed, developed, engineered and built can still result in an end product that nobody else in the world can match.

There's no way that a breakthrough vehicle as technology packed as the Volt could ever be considered a failure by a reasonable individual.  Even if the vehicle itself was a sales flop (which it's not), it would ultimately be considered a technological success.