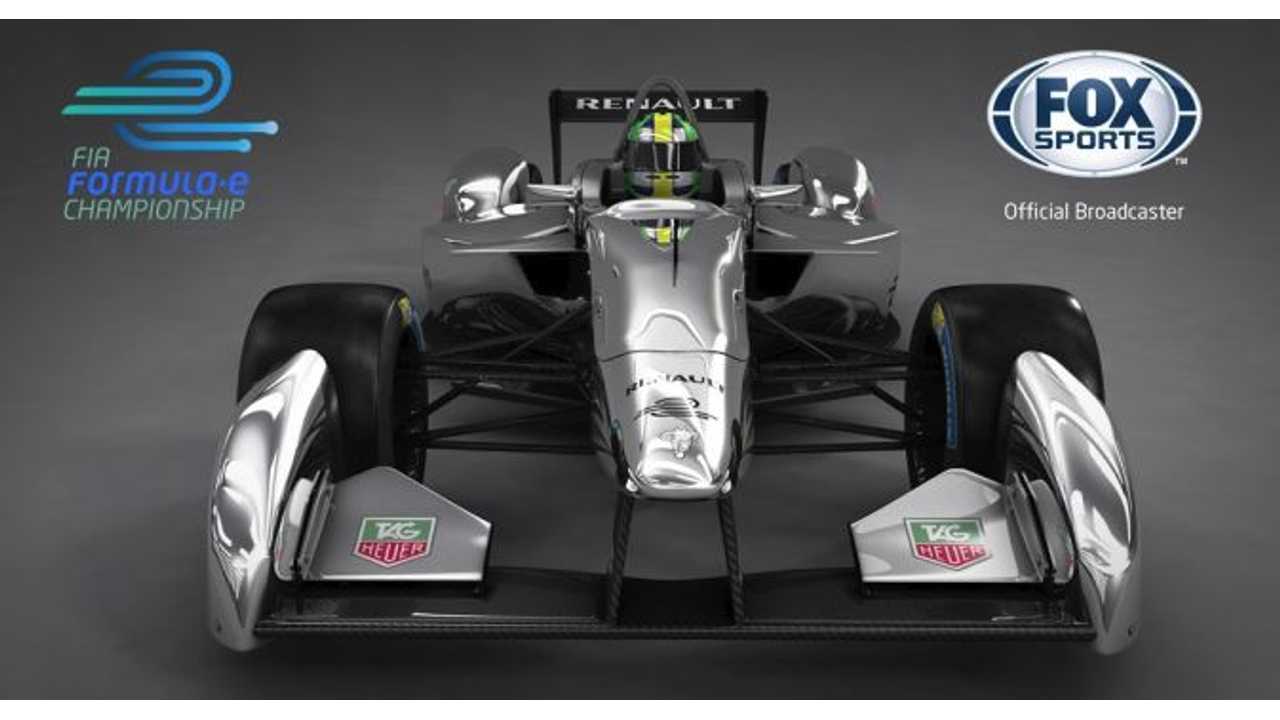 The last few pieces of the Formula E puzzle are coming together now.

All of the host cities have been decided.  The maker of the electric racer is set.

But what's a racing event without a televiser?

Fox Sports stepped up to the plate by signing a "multi-year, international multi-media deal with the FIA Formula E Championship, the world’s first fully-electric car racing series beginning in September 2014."

Of course, we all now how big Fox Sports is, with it's truly global reach that extends to include some 80-plus nations around the world.  So, yes, this is a HUGE deal.

"This series makes racing very relevant well into the future.  With a global approach to acquiring knowledge and fast-tracking technology through the world of international racing competition, the FIA Formula E Championship is much more than just another weekend at the track…it makes racing an integral part of solving one of the world’s most daunting challenges and we are thrilled to be a part of that process."

"We are very proud to announce this major agreement between FOX and the FIA Formula E Championship and to be partnering a truly global organization that fully believes in the future of racing.  This global broadcasting deal will bring our Championship to nearly 90 countries and a potential 180 million households worldwide, giving our partners, our teams, and our team’s partners a platform to visualize the association to the values of this competition. We are particularly happy to join FOX at the time when FOX Sports 1 is being launched. America is a key market for electric cars and to show our races live in the US will be central to promoting this type of mobility."

Fox Sports says it'll broadcast Formula E across most of its global networks.  Some of the bigger countries/regions slated to see Formula E on Fox include the US, Canada, Latin America/Caribbean, Netherlands, Italy, Hong Kong, Malaysia, Indonesia, Singapore, Taiwan, South Korea, Australia, key Asian territories and other areas of Asia, India and Africa.There's one more bit of Formula E news to report today.  6 of the required 10 teams have now finalized paperwork and are officially on board for the 2014 race season.